Why is Michael Jordan so special?

In an age where the three man dynasty reigns supreme, people tend to throw around Michael Jordan in conversation as both nostalgia and urban legend. Maybe it’s just to keep LeBron and Kobe’s fame in check, but Michael Jordan can be an immediate pause in any conversation surrounding the game. While LeBron continues to evolve and up his already astute game, we’re witnessing a harsh limp to the finish for Kobe. Many have argued that what LeBron, D-Wade and Bosh did in Miami ruined basketball – or whatever naively assumed sanctity it had left, but it’s not an original concept. Michael Jordan wasn’t just a phenom in his prime, or even simply a poster boy of perfection and marketing. What he did on the court was more than just play a game, he navigated a science. While Jordan’s most notable relationship on the court was with Scottie Pippen, there was always a third man like Dennis Rodman, or the oft forgotten Horace Grant, in the wings. 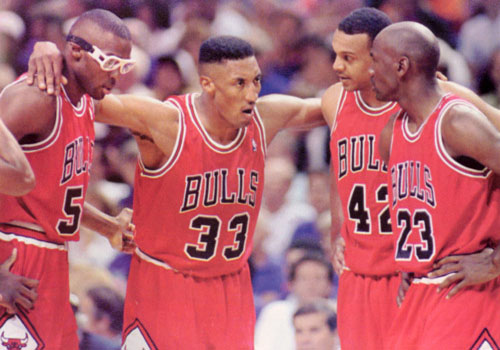 Michael Jordan himself never neglects to mention his failures and how they made him a better player. While he wouldn’t exactly be accused of humility, he always recognized the value of example and how it strengthened those around him. If Game 5 of the 1997 NBA Finals, also known as “The Flu Game” isn’t testament enough, his go to quote on failure sure is. “I’ve missed more than 9000 shots in my career. I’ve lost almost 300 games. 26 times, I’ve been trusted to take the game winning shot and missed. I’ve failed over and over and over again in my life. And that is why I succeed.” – Michael Jordan, in Nike Culture: The Sign of the Swoosh (1998). The man understood the value of a brand and used it wisely. What he did off the court in endorsements was only possible because of the player that he was on it. 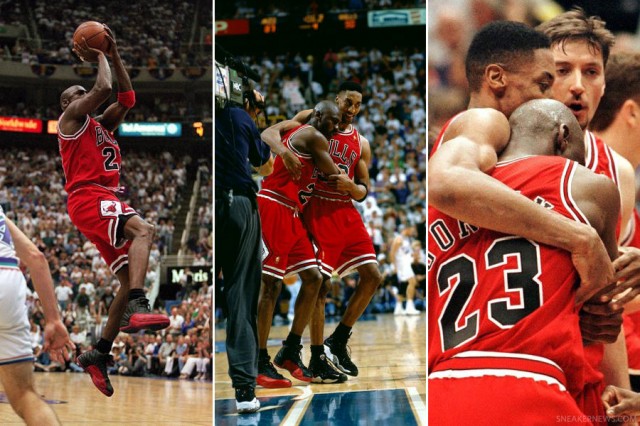 In game 5 of the 97′ NBA Finals Jordan played against the Utah Jazz for 44 minutes. He accumulated 38 points, 7 rebounds, 5 assists, 3 steals and 1 block all while suffering from the flu.

It’s easy to focus on the six rings, five MVP awards and two Olympic gold medals, but what made, and continues to make him special, is how he’s always taken the observers stand point. His game was as much about studying his opponents and his own plays as it was intuition. This was a guy who got cut from his high school basketball team. The summer after the infamous sidelining Michael Jordan threw himself into training and came back the following year to dominate his varsity team. This was a guy who fell in the draft shadow of Hakeem Olajuwon only to land the cover of Sports Illustrated in his first season with the everlasting tagline of “A Star is Born.” He knew how to play the hand that was dealt to him. He didn’t pull a Dwight Howard and complain about his lot – he used it to his advantage and built a brand. 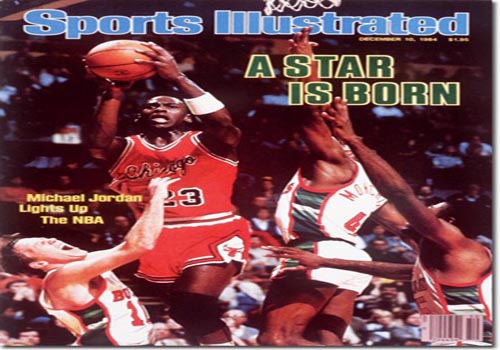 SI sure nailed it.

Being the majority owner of the fledgling Charlotte Bobcats has always seemed like a strange place for Michael Jordan to bury his retired head, but what most people miss is the genius in protecting his own empire and, frankly, ego. As an owner, he can’t say anything on or off the record about who he believes his successor to be – the very thing all of us NBA fans clamor for on a regular basis. He remains relevant not only for his stats, but as the protector of what we all love about the sport, legend and heroism. Michael Jordan is special because he’s always been more than a ball player or even just another sports icon. Michael Jordan saw further than most and, if history is any indicator, he has more than a few cards left up his sleeve to surprise us all. 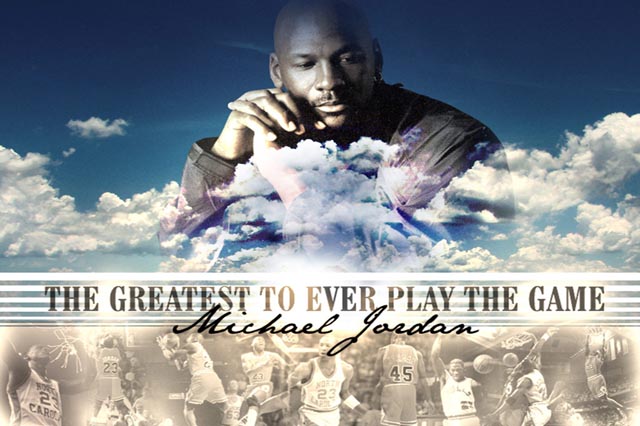 The Man, The Myth, and The Legend.

The post Why is Michael Jordan so special? appeared first on 8&9 Clothing Co..