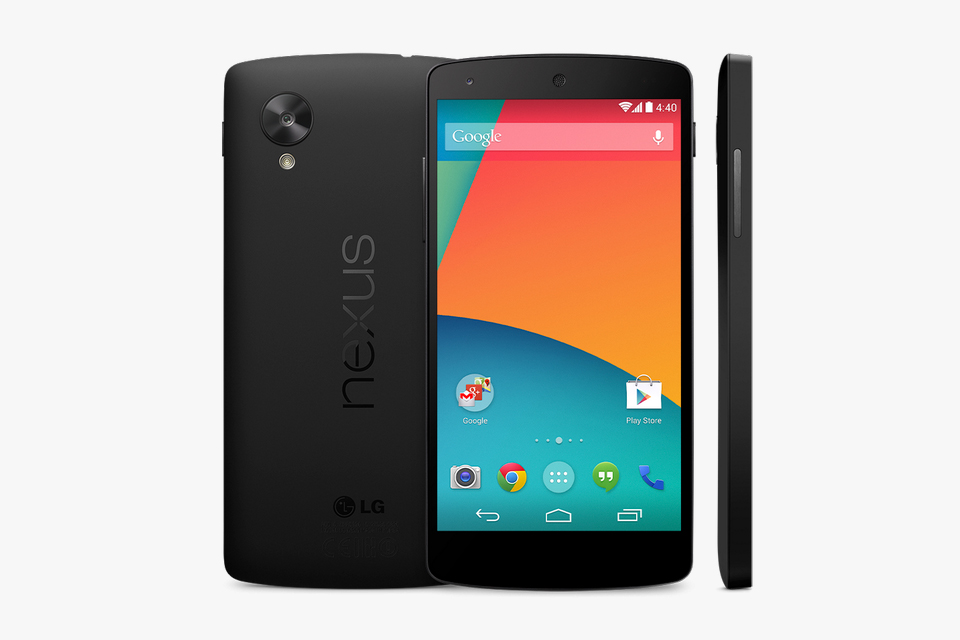 Although leaks have been surfacing for some time now of Google’s upcoming Nexus 5, last night’s leak on the Google Play Store provides the best image yet of what consumers can expect. Accompanying the 16GB smartphone was the text “Starting at $349.” The Nexus 5 is expected to have a vastly improved camera, in addition to a 1080p 4.95-inch display, a 2.3GHz Snapdragon 800 CPU, LTE, and storage capacity that tops out at 32GB. No word yet on any official release date but early reports suggest it will ship around the 28th with Android 4.4 KitKat. via HS