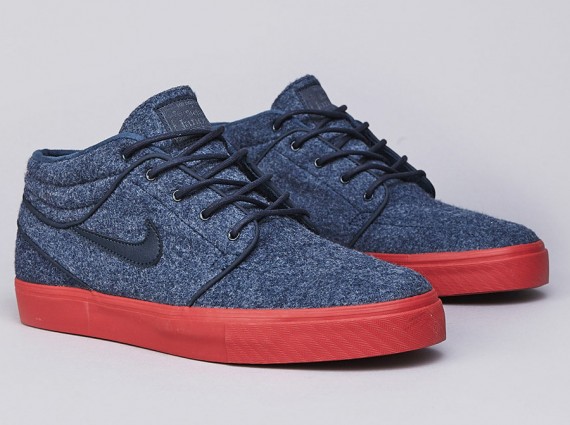 Take a look at one of the latest Nike SB Stefan Janoski Mids to hit retailers. The Stefan Janoski has been one of Nike SB’s premier silhouettes, and since the introduction of the Mid version it has joined the regular Janoski in its notoriety. For this latest Janoski Mid Nike SB has chosen a wool upper accented by leather in the branding and piping. The Janoski Sole was replaced with a special Terra Cotta outsole that we have seen on previous Janoski SBs upper. To contrast the Janoski’s navy wool upper Nike SB chose an all red outsole that made this design great. 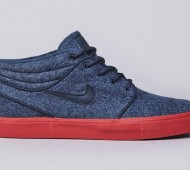 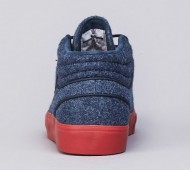 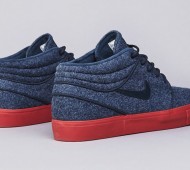 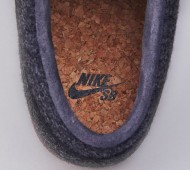 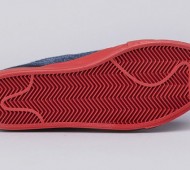 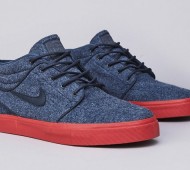