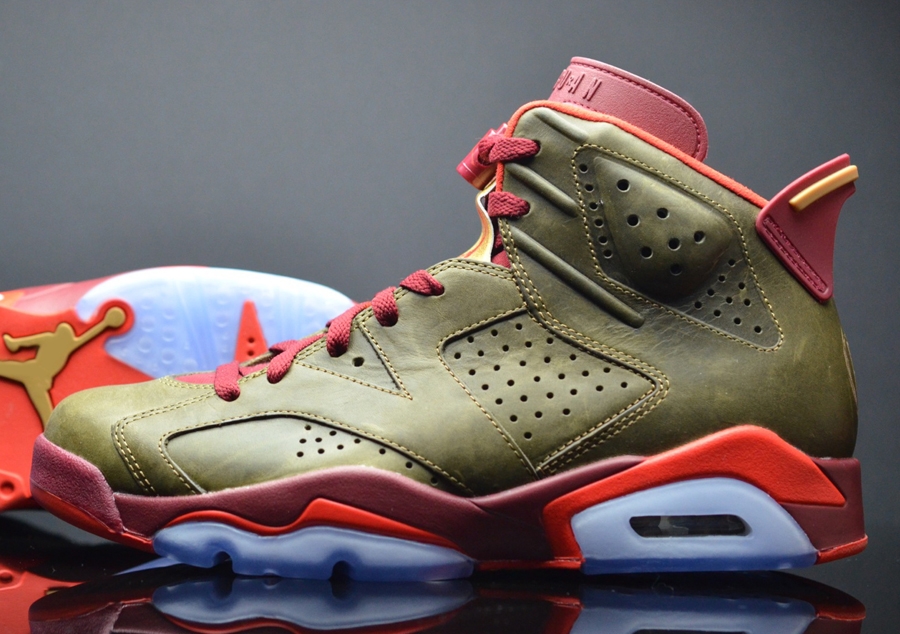 Jordan won his first ring in 6’s so now this iconic silhouette gets the championship treatment with the release of the Champagne & Cigar Pack. The June 14th date has been confirmed, and these Jordan 6 Cigar will retail at $250.

The year of the Air Jordan 6 continues to roll on . Here we get a look at Jordan 6 Cigar he leather is premium quality. Air Jordan 6 “Cigar”, shoe has a bit of that Premium feel thanks to the crisp brown leather used – which is just a few shades lighter than the chocolatey tones utilized on the Air Jordan 2 Bin23. The leather is not the only premium aspect as you can see from the detailed photos that the sole of the shoe is also cork and actually has gold flakes throughout to match the gold ring that comes along with the traditional Jordan 6 lacelock.

The rich brown upper is a clear nod to the outer casing of the celebratory mouthpieces, while the red accents exude that level of success that MJ got so accustomed to for the rest of his career. The Jordan 6 Cigar will release two days after the 23rd anniversary of Michael Jordan’s first championship. Michael Jordan sealed game 5 over the Lakers on June 12th, so it looks as though Saturday, June 14th, may be released. 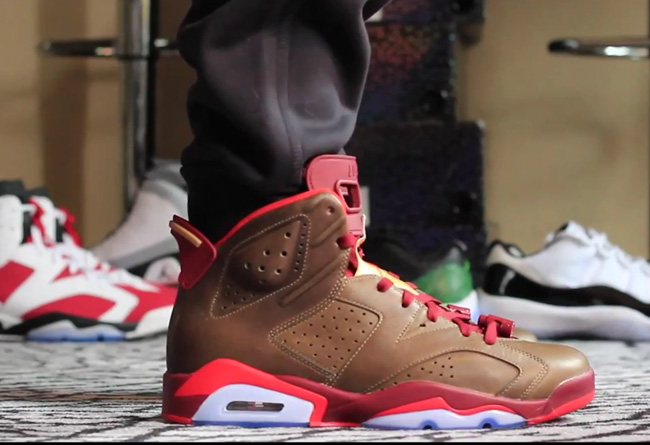