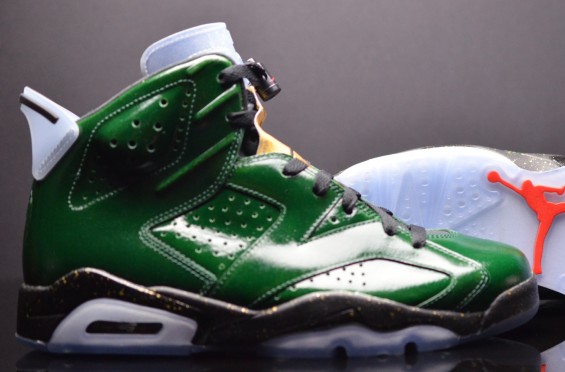 Recently, we saw the Air Jordan 6 “Championship Cigar” and it was confirmed that the shoes will be releasing this June. Now it appears that the concept has a counterpart. The Jordan 6 Champagne has finally come to light. both the Champagne & Cigar will release individually for $250.

The ‘Champagne Bottle’ colorway represents the elegance and innovation symbolized by the Jumpman, with its patent leather upper and translucent elements calling out features for which the Air Jordan line was a first in hoop shoes.  The Jordan 6 Champagne features a championship ring lacelock as well as the traditional one that comes with each Air Jordan 6.The shoe features a gold speckle and Jumpman patch on the tongue as well as a previously never-before-seen translucent tongue that we can now confirm will glow in the dark, as will the pull tab and translucent outsole.

The significance of the Jordan 6 Champagne is ,its the sixth model that Michael wore during that ’91 Finals.  As part of his celebration, Michael lit up a cigar and doused his teammates and himself with some champagne, but more importantly, it was  a start of an unbreakable dynasty that dominated the entire 90s. 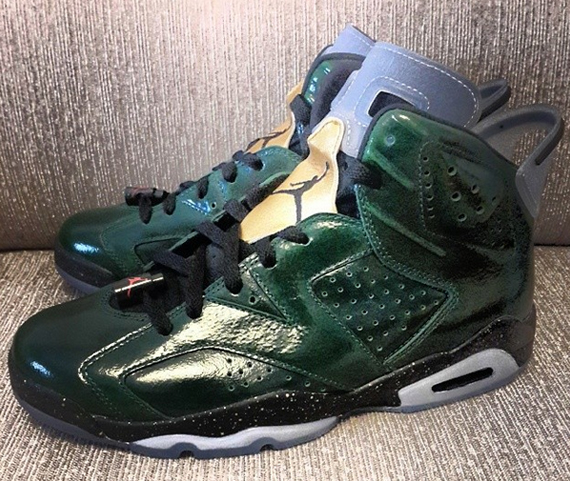 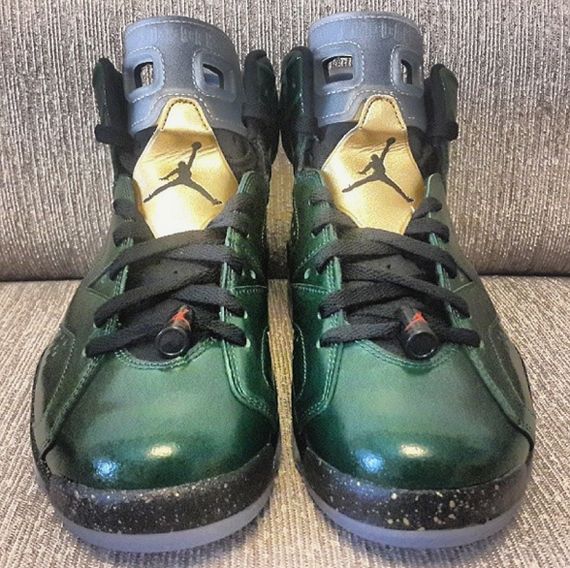