That day in October ’86 is one kids from Boston remember down to their precise location. My father woke me up to watch the Sox win. But after a wild pitch and the Buckner fiasco there wasn’t much to do but go back to bed. Needless to say the Sox went on to lose the World Series and life for the Buckner’s was never the same.  Poor guy.  Sox got a few rings years later and now you can own the piece of history Boston fans still won’t forget.

The ball that bounced through Bill Buckner’s legs is going on ebay this week. Check out the details and full article via complex.com 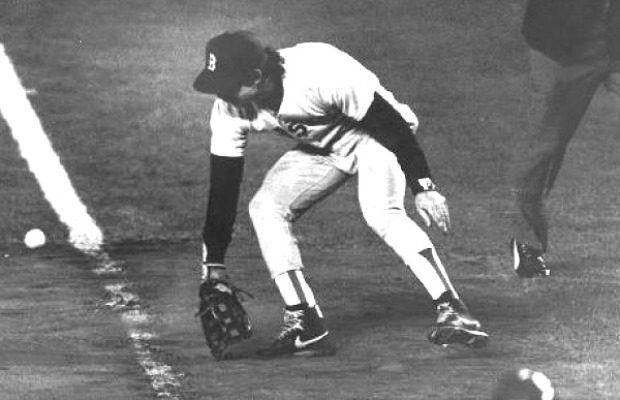 “There hasn’t been much for Mets fans to cheer about this year. But this just might do the trick. The baseball that infamously bounced between Bill Buckner‘s legs during the end of Game 6 of the 1986 World Series and allowed the Mets to rally to win the game—and, eventually, the series—is reportedly set to be auctioned off on eBay later this month. Seth Swirsky, who bought the ball from Charlie Sheen for $93,000 back in 1992, will start the bidding at $1 million on October 15 and end the auction on the night of October 25—at the exact moment that the ball went between Buckner’s legs 25 years ago.” Read the rest HERE