Inspired by Boyz N The Hood the movie released in 1991 was directed by John Singleton and starred a line up far ahead of it’s time. You know the scene and the message. Get your Dream Killer crew neck sweatshirt before they’re gone. 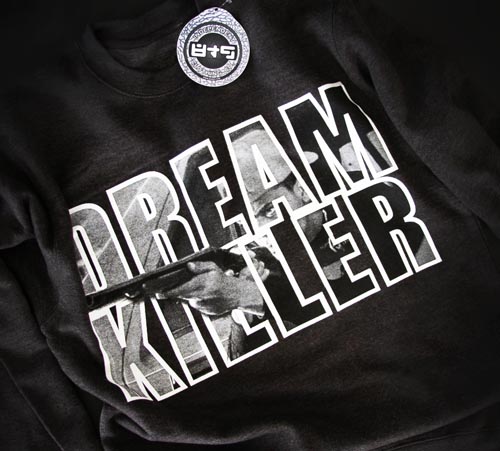