Most of us know the imposed perception of fear and terror is here to stay. Body Scanners at airport security checkpoints are a hot topic. These scanners have a higher rate of catching people transporting drugs and undisclosed cash than they do thwarting terror plots. Study shows 40% of alarms are false and scans are often faulty. 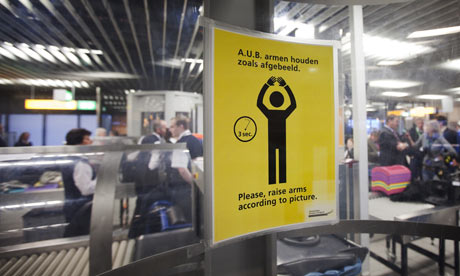 “Trials of invasive full body scanning machines in Australia have revealed that the technology has a huge error rate of up to 40%, yet government officials want to roll out the technology in airports anyway.

The Australian Office of Transport Security announced this week that of 23,500 scans carried out at Sydney and Melbourne airports during August and September, between 20 and 40% of alarms raised were done so in error.

Worse still, it is not even clear what caused the machines to set off false alarms.” via Steve Watson