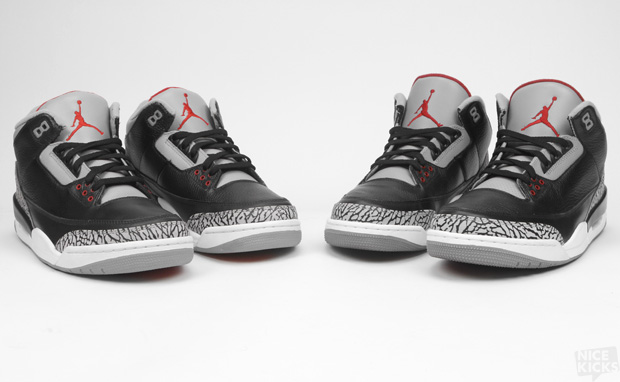 If you examine the tongue closely, you will see that the 2008 version of the “Black Cement” Air Jordan 3 possesses smaller perforations than those seen on the upcoming 2011 pair. The perforations are more compacted and closer to one another, whereas on the 2011 version, the perforations are noticeably bigger and spaced out. Via Nicekicks 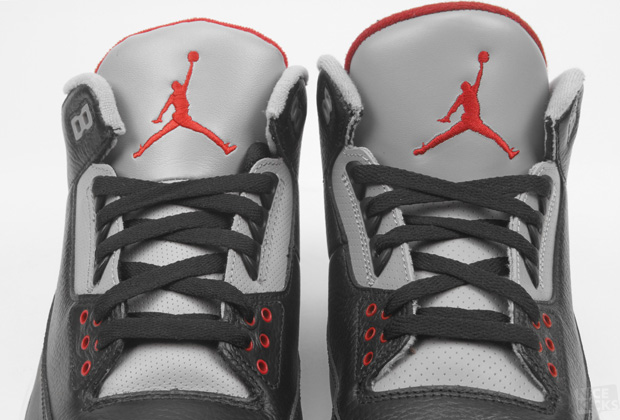