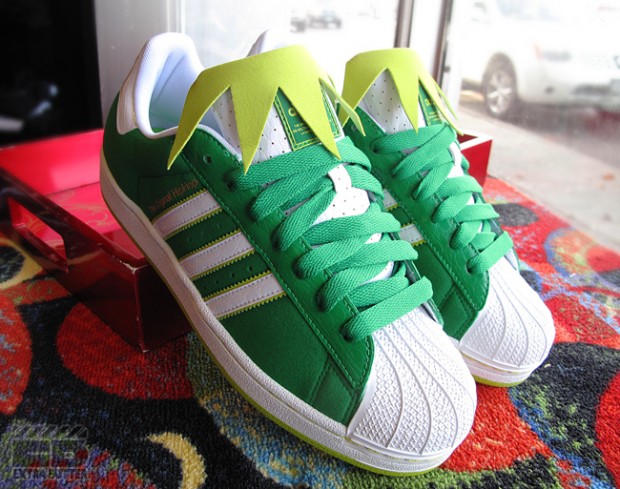 The next Muppets movie is set to release on the 23rd of November. To commemorate the event, adidas has redesigned one of their most iconic silhouettes in the form of the adidas Superstar II “Kermit the Frog”. Designed with an all-green upper, yellow accents, as well as a collar crown that matches the jagged collar of the Kermit himself.Retailed at 80$.Via Nicekicks. 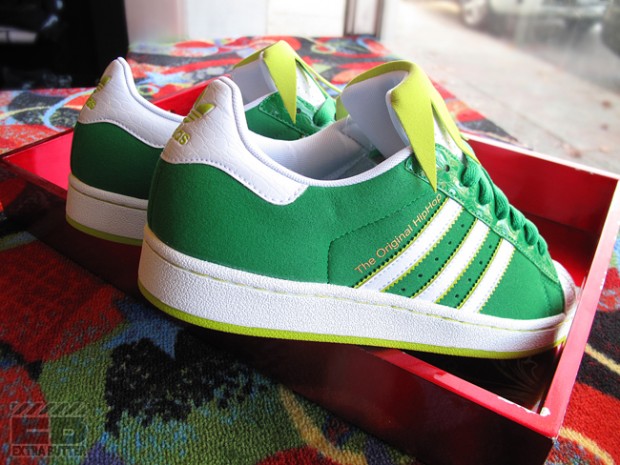 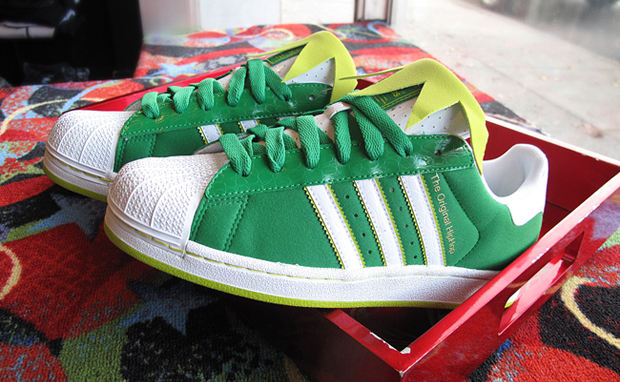