Shottas is a dope Jamaican movie filmed between Miami & Kingston. In the ranks with City Of God & Belly the film’s been touted as the “wickedest bloodclot gunshot movie.”  Can’t argue with that.

The films 2 main characters are Wayne & Biggs. At one point as a child, Wayne retrieves a revolver from his stash spot which happens to be an Air Jordan 12! Weathered, the sneaker had definitely seen better days. But we brought it back in this Shottas inspired Jordan 12 t shirt which we’ll preview today! 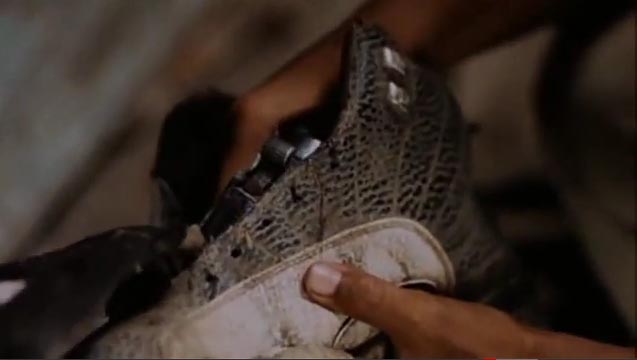