Freedom T Shirt. Inspired by the 2012, Rage Against The Machine and the rapid depletion of our liberties. Black/Army/Red

This shirt is part of our Spring 2012 Collection. There’s a lot to say about 2012, conspiracies, an election, the change of everything and the possible end of it all. Our 2012 designs are inspired by these times. They reflect our take on pop culture, politics, propaganda, music and the 8&9 lifestyle. Hopefully you see where we’re coming from. It’s a big year for us, make it one for you too. 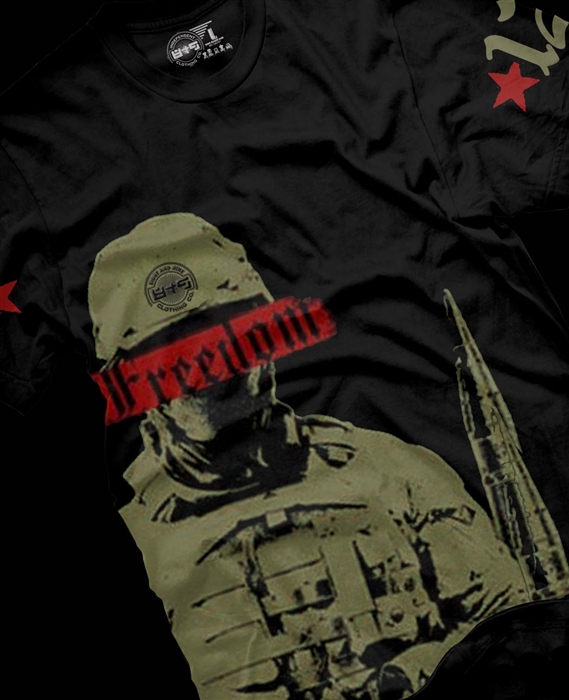