Back in May, We confirmed the Air Jordan 1 ‘Royal’ and Air Jordan 13 ‘Bred’ and now there’s a few more retro’s that have been confirmed, that makes Spring 2013 a time to look forward to. Releasing next spring is Air Jordan 13 Ray Allen wore in ‘He Got Game’, The Air Jordan 5 ‘ Fire Red’, An Air Jordan 13 ‘Michigan Wolverines’ colorway, OG Air Jordan 1 and an Air Jordan 3 to be most likely a Mocha or Fire Red colorway. Insane? of course it is! Will you be purchasing any of these retro’s? Let us know! Stay tuned for sample photos here on Modern Notoriety. 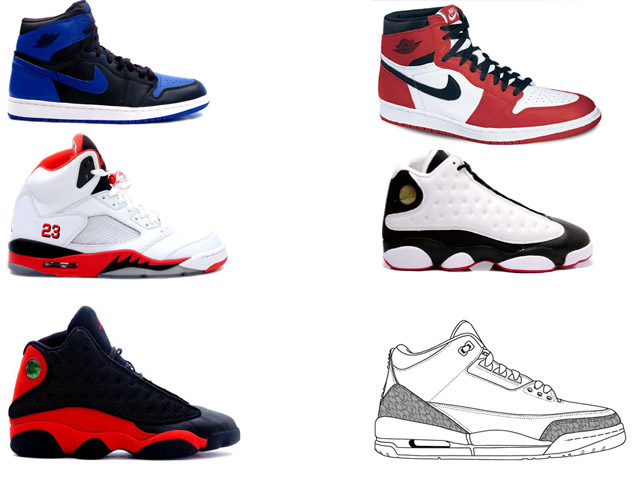