“Not many were expecting another redesign of the PlayStation 3 after a slim model hit in 2009, but with the length of this console generation, Sony decided to give its console an even more compact redesign. It releases today, and to kick it off, we thought we’d showcase an unboxing of the console’s latest model, which is now available as an Uncharted 3 bundle. ” via GI

The bundle comes with the Game Of The Year Edition of Uncharted 3: Drake’s Deception. While the box features Nathan Drake in all his daredevil glory, the bundle also comes with some other nifty freebies: a download code for the full game of Dust 514 and over $30 of DLC for it, as well as a 30-day trial membership to PlayStation Plus. Also included is the obligatory DualShock 3 wireless controller and a 250GB hard drive. Additionally, Sony is launching a 500GB model that includes Assassin’s Creed 3 on October 30th. 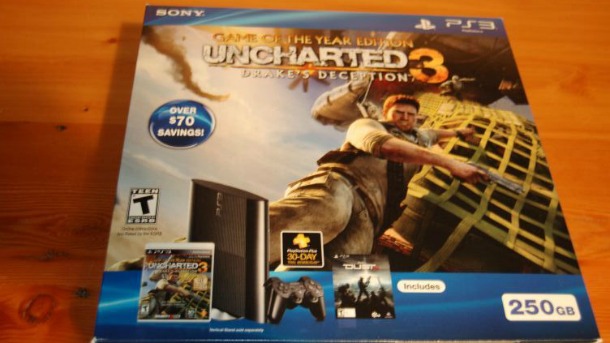 Here’s the biggest change: to put games in the console you now slide back the front of the console open and insert a disc in that way. Below is a picture of where you insert discs now. What do you think of this new design? We’re conflicted. It may end up enduring more wear and tear from sliding open day-in and day-out. 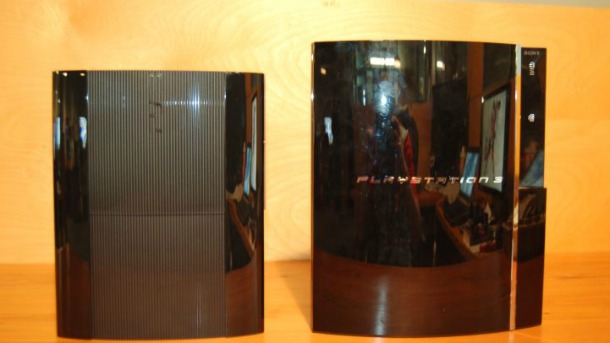 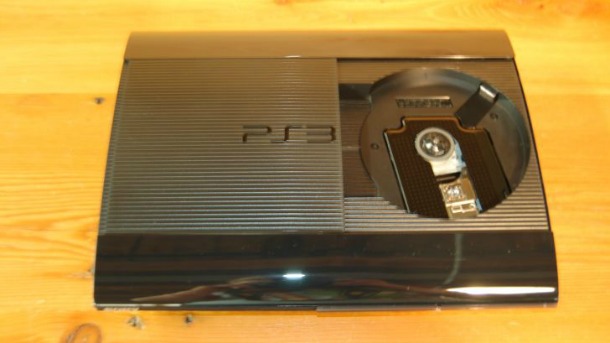