This graphic incorporates the quote “You failed because you had the wrong dream…” and the American flag constructed of Cocaine. Take it for what it is. The crew is dope. Click here to get yours. 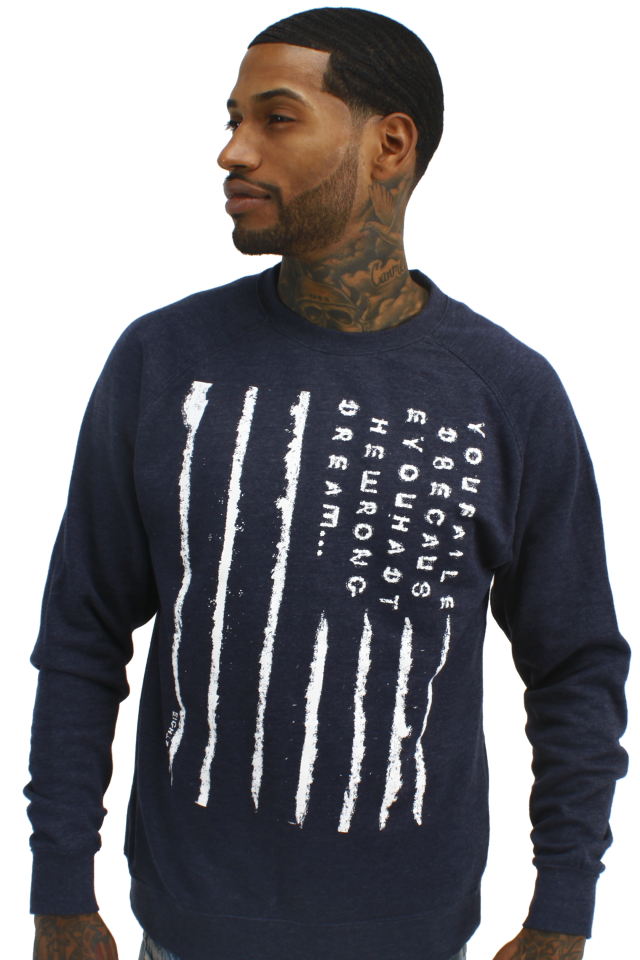