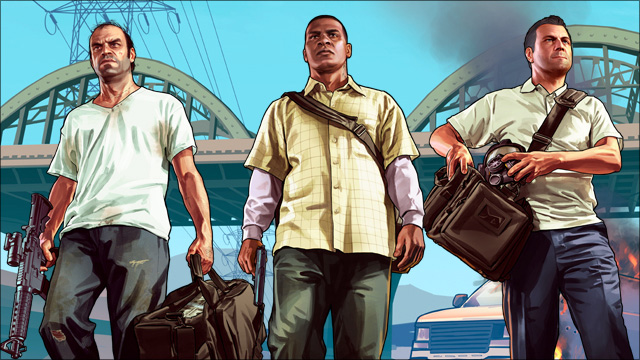 Rockstar Games has just released the second official trailer for the new Grand Theft Auto V due out Spring 2013. The trailer opens with a view of what looks suspiciously like Los Angeles’ Griffith Observatory and the downtown skyline. Over the next 2 minutes, we’re introduced to the 3 main characters and get a glimpse into their unique and radically different lifestyles. Each character will be playable with the ability to switch between characters in real time. GTA V features the biggest open world in the series’ history and will introduce a brand new take on open world multiplayer gameplay. via Highsnobiety