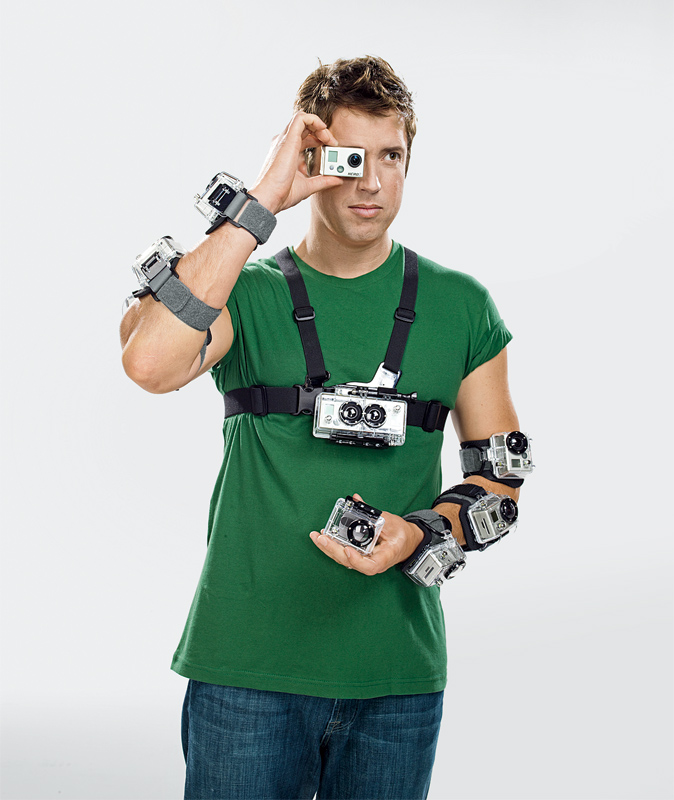 When Nick Woodman developed the GoPro camera, he had no idea that the brand would one day make him a billionaire. What was special about this lover of adventure sports that made him a highly successful entrepreneur? Was it just about being lucky, about being at the right place with the right product at the right time, or were there other qualities that went into the making of this new billionaire?

Read on to see how a brilliant mind’s ability to recognize opportunities in ordinary life situations and translate them into great business ideas made all the difference. GoPro cameras manufactured by Nick’s company Woodman Labs are very useful gadgets for adventure sports enthusiasts like surfers and skydivers. These high quality video cameras can be worn by the user in several different ways. They have the ability to shoot high quality video footage or still photographs at predefined intervals. The fact that popular nature channels like National Geographic and The Discovery Channel make use of GoPro cameras speaks a lot about the quality, utility and popularity of these products. Felix Baumgartner used several GoPro cameras during his supersonic record-breaking skydive from a height of 39 kilometres.

Foxconn, the manufacturer for several reputed products such as the Sony Playstation and the Apple iPhone recently bought 8.88% stake in Woodman Labs for $200 million. The valuation of Woodman Labs thus works out to about $ 2.25 billion.

Nick being a majority stake holder, owns at least 51% of the company and that means his net worth is at least $ 1.15 billion. Let us take a closer look at the qualities of this new billionaire.

A need becomes an opportunity: Nick first got the idea about a camera that could be worn by the user in the late 1990s. However, he began thinking about it more seriously while on a surf trip in Australia with a few friends in 2002. It was a great trip with several memorable moments, but sadly it was impossible to take quality pictures of those wonderful moments.

A friend with a camera on the beach could hope to get a few stills, but from the distance they were a far cry from the type of pictures which would befit those thrilling moments. A wearable camera is the solution, but the only options available in those days were disposable waterproof cameras. Apart from poor results, they were neither comfortable to wear nor easy to use.

That trip finally made Nick translate his idea about the wearable camera into a serious project – GoPro. A chance event allowed Nick to see the need and that paved the way for a great opportunity. Most people on the other hand are not likely to take notice when these opportunities present themselves. You will see this ability of spotting opportunities and generating ideas in action in many other places in Nick’s success story. Take a look at how the brand name GoPro was coined.

In the days before GoPro cameras became available, only a professional surfer was able to get quality photographs of themselves in action. These photos were taken by a photographer who went out into the water with the surfer. When amateur surfers experienced great moments, they would often wish from the bottom of their hearts that they could go professional just to have those moments recorded. That gave Nick the idea for the brand name GoPro, something he thought that most surfers would identify with and he was bang on target. The idea that the camera made the wearer feel like a hero gave the model its name – Hero.

Initially Hero was only a wrist camera. Nick’s enthusiasm for racing gave the next big idea for further development of the product. A Hero camera strapped to the roll bar of a race car came back with some amazing footage. Nick realized that GoPro should not restrict itself to wrist worn cameras and that it should be possible to wear it in many different ways and be mountable on equipment.