SXSW Recap:Bet showcase TI x Kendrick Lamar hit the stage back to back 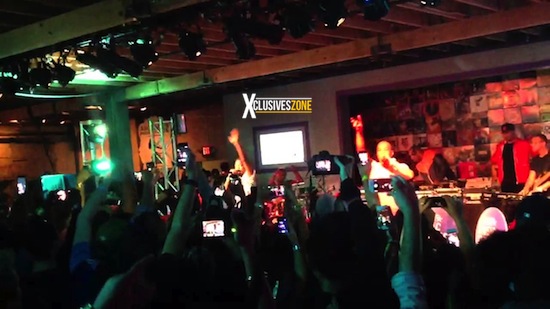 Last night TI took the stage for SXSW performing new music from the album Trouble Man and a few classic joints.While Tip performs “WHAT YOU KNOW” Pharrell joins Tip on stage and was enjoying the vibe rapping along to the song. Before Ti performs his next song he mentions how Pharrell was the second big producer that wanted to work with him before he was acknowledged by other big producers.

Kendrick Lamar hit the stage After TI @ the BET showcase.Ti and kendrick did a song together before kendrick started his set. Starting his set with the lead single (Drank/Pour-up) from his Album “Good kid maad City” in a new version with an altered beat that is harmonized and has added piano keys .Ti joins Kendrick again during the performance  you can see Tip singing along and adding the usual Tip ad-libs. “Pour up “was followed by an energetic show, performing his “Back-seat freestyle” with TI doubling as a hype-man for Kendrick when you hear the phrase “Turn Up” this is what u should think. Check out the videos after the jump enjoy.

The post SXSW Recap:Bet showcase TI x Kendrick Lamar hit the stage back to back appeared first on 8&9 Clothing Co..