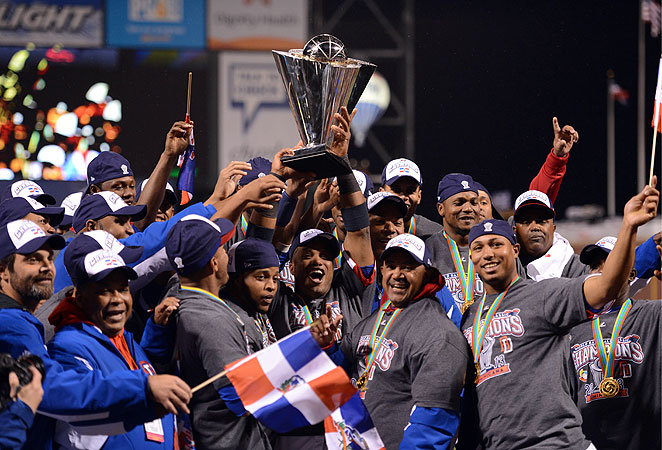 I had to post this of course! Dominican Pride

“I just want to wave my country’s flag high in the air,” said Rodney, who pitches for the Tampa Bay Rays. “We proved we are the best baseball country in the world.”

The Dominicans (8-0) won it in the very city where countrymen Felipe, Jesus and the late Matty Alou made history in 1963 when they appeared in the same Giants outfield for several games. Moises Alou, son of former San Francisco skipper Felipe, is the Dominican general manager.

No matter their team, Caribbeans had so much to cheer in the championship of a tournament missing the star-studded American team yet again. The U.S. failed to reach the final for the third time in as many WBCs.