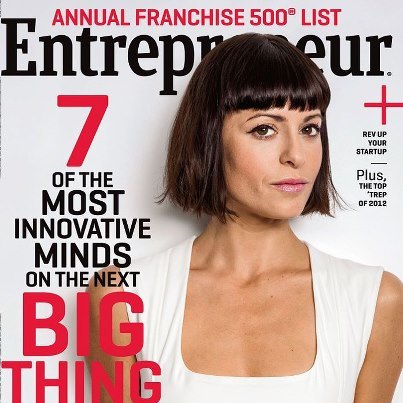 In a predominantly male tech industry, Nasty Gal’s founder “Sophia Amoruso” is gaining a lot of attention as a young female CEO, who is doing things her way.

With an estimated Net Worth of $250 Million and growing, I’d say that you will be seeing the name Sophia Amoruso a lot more often.

At the age of 22 years old, Sophia Amoruso created a vintage women’s clothing business on eBay. Sophia started her business as a small project while working for just $13 per hour at a local college where she checked the ID’s of college students for $13 an hour. She herself had dropped out of college and lived at the time with a step-aunt.

After receiving a number of messages on Myspace from vintage clothing eBay sellers, Sophia was inspired to learn the ways of selling online and decided to start her own eBay store.

Sophia Amoruso decided to pull together a collection of vintage clothing she found at Goodwill stores, then offer the pieces for sale on her eBay website. As an example, she would purchase a Chanel jacket from the Salvation Army store for $8 and would re-sell the item for $1,000 on her website.

At the start of her business, Amoruso photographed, styled, captioned and shipped about 25 different items weekly from her store. She created the store’s fashion around her own style that included such things as a blood-red lipstick, floor-length trench coats, and rock style vintage T- shirt.

Sophia initially marketed her Nasty Gal fashions on Myspace social website where she developed a following of 60,000 followers, who were mainly attracted to the Nylon brand and purchased fashion and music magazines. Myspace was the foundation for her original strong following but lately, has proven that she holds weight on other social network platforms with over 620,000 followers on Facebook and over 600,000 on Instagram. Sophia wanted to develop a following of people interested in her merchandise such as Versace vintage clothing and motorcycle jackets. She attracted followers to her by creating competitions on Facebook and inviting readers to her site to create names for her vintage products in exchange for gift cards for her products.