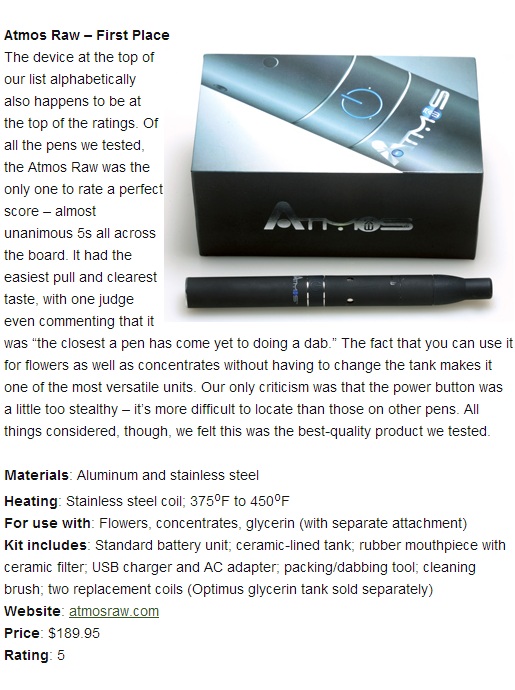 Hightimes released a vaporizer buyer’s guide last year (September ’11), since then a couple new pens have hit the scene . “Hightimes staff has reviewed and rated (on a scale of 1 to 5) 15 top vapor pens so that you can get ripped without getting ripped off. We’ve provided vital specs on each of the following devices and judged them based on seven criteria: affordability, durability, versatility, high, stealth, health, and ease of refill. But first, some general info”. I Own the atmos pen so i found this post interesting. The complete list of pens can be seen here, check it out if your into that kind of thing.