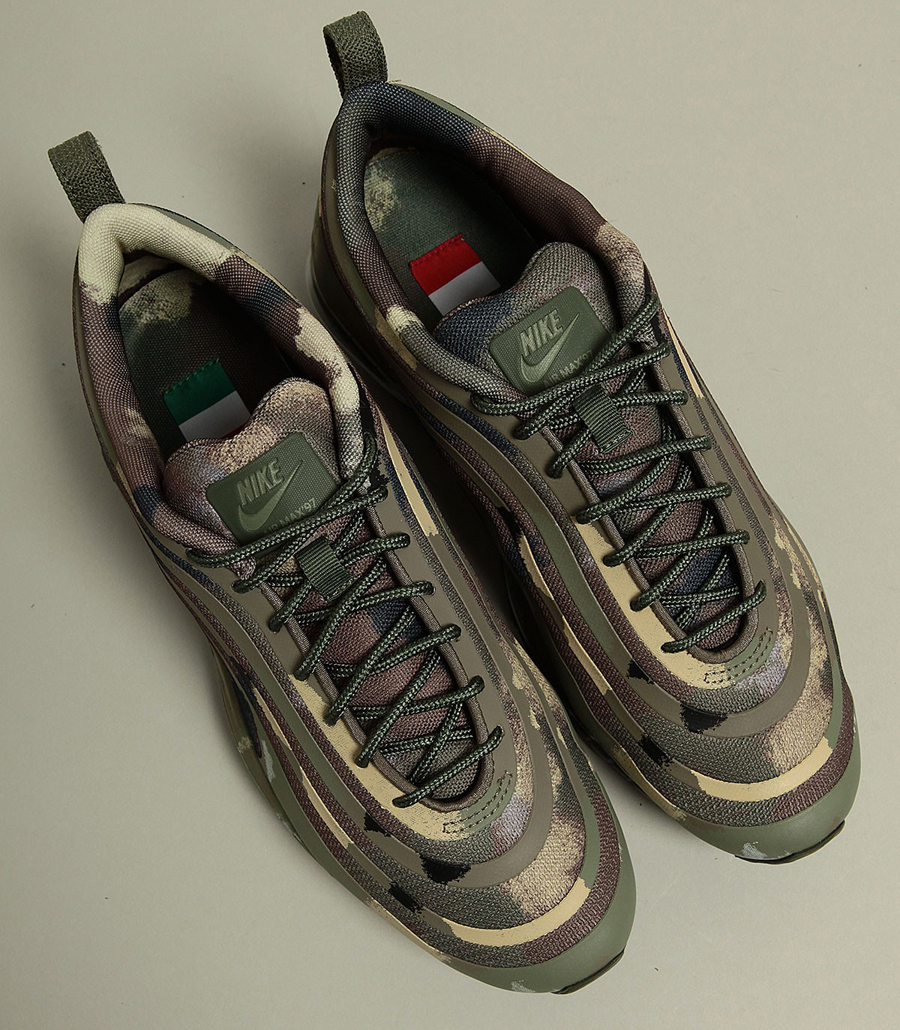 Air Max 97’s have been one of the most sought after from the AirMax family used for some pretty big collabos and with the re-release of some classic color-ways the AirMax 97’s keep their dominance and reputation. This new pair of 97’s features an Italian Camouflage with leather and mesh on a seamless upper. The Fighter Jet Foamposites had great success with the camouflage they used and these 97’s will follow in the same foot stapes maybe even passed them. The camo used for these 97’s has a nicer pattern and the colors are colors people prefer when it comes to camo. The shoes as of now were only released at “SlamJam” but it could be possible Nike might drop them in a layer wider release. If you were lucky enough ton grab a pair congradulations cause these are possibly and arguably the best 97’s ever. Check out the pics below and see these 97 Italian Camouflage. 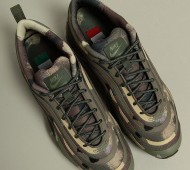 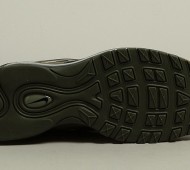 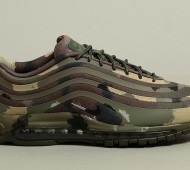 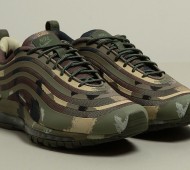 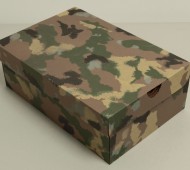 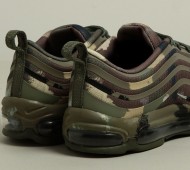