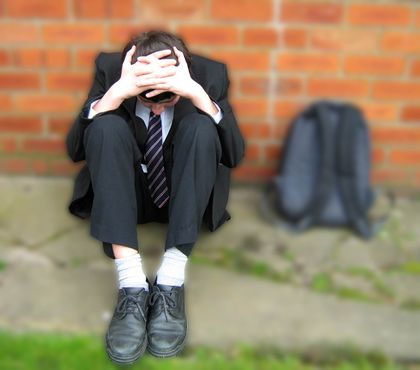 A lot of us are afraid to fail. We believe it as a sign of weakness and can even come to regret ever taking that leap of faith. Well, contrary to this belief, a number of highly successful achievers often credit a failure or two, to their success.

Read on as we break down the fundamental reasons why failure should be important to you.

“Eventually, we all must come to a decision, for ourselves, about what represents failure; however, the world is very keen to put failure on a schedule, and give you a set of decisive factors, if you allow it. A meager seven-years following my graduation, failure had hit me on a grand scale. A fleeting marriage was dissolved, I had no job, a single parent, and as destitute as anyone could possibly be without living on the streets. My parent’s fears for me, and those I had for myself, had finally transpired, and according to the book of failure, I was the biggest.” This paragraph is a summation of a speech given by J.K. Rowling at the, AMHAA, the Annual Meeting of the Harvard Alumni Association. If any of you are not familiar with the name J.K. Rowling, she is the creator of Harry Potter. A fable filled with unbelievable characters and imaginary. Yet, at one time, she had considered herself a failure.

The premise of using J.K. Rowling as an example about the importance of failure is to emphasize the point that, failure is not unusual. Being an author worth billions of dollars is not a prerequisite in order to learn from our failures and to attain success. Success means something different to different people. However, there is something everyone has in common who has succeeded at what they set out to do; they have failed at one time or another. In fact multiple times. Henry Ford, the great automaker, went bankrupt four times. Google tried to sell itself for one million dollars! Thomas Edison produced thousands of light bulbs that gave no light at all!

Failure is a type of freedom. Why? Because the worst has happened. Now, you can relax and rebuild your life. You do not have to fail on a large scale, but failure in life is inevitable. There is no way to live life without failing from time to time. The only way you won’t fail is if you live so guardedly that you are barely living at all, wherein, you fail by default. A wise thinker once stated, “Avoiding danger is no safer in the long run than out-and-out exposure, and the fearful are captured just as frequently as the bold.” Failure is not something to shun, but something to embrace.

The Importance of Failure

Okay, it’s clear; we all will face failures in life. However, this does not mean we should “chase failure” in order to get it over with, so to speak. It’s a funny thing, but failure is never planned. It’s the companion of success. An unwanted companion for sure, but nevertheless, a very important one.

When we resist failure, it attaches itself to us. You don’t solve an issue by resisting it. We overcome failure by accepting it, analyzing it, dissecting it, and looking at it from every possible angle. Without failure, there is no growth.

The post Why It Is Important To Fail appeared first on 8&9 Clothing Co..