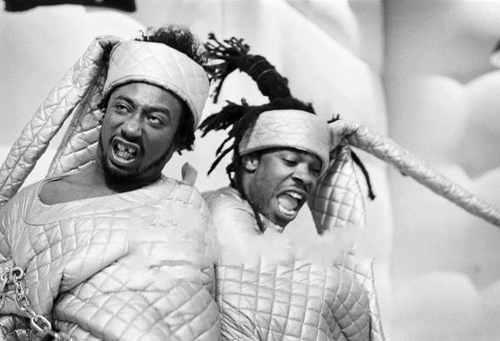 “Let the countdown begin!!! Webisode #1
I will be releasing 50 Webisodes for the next 50 days of Exclusive behind the scenes footage from the Golden Era leading up to the release of “Piecemaker 3″ Return of the 50 MC’s. The album drops JUly 9, 2013 . This clip features Busta Rhymes,Old Dirty Bastard, CL Smooth, Rampage, 8 Off, back in 1994 at the Gavin Convention in New Orleans.”