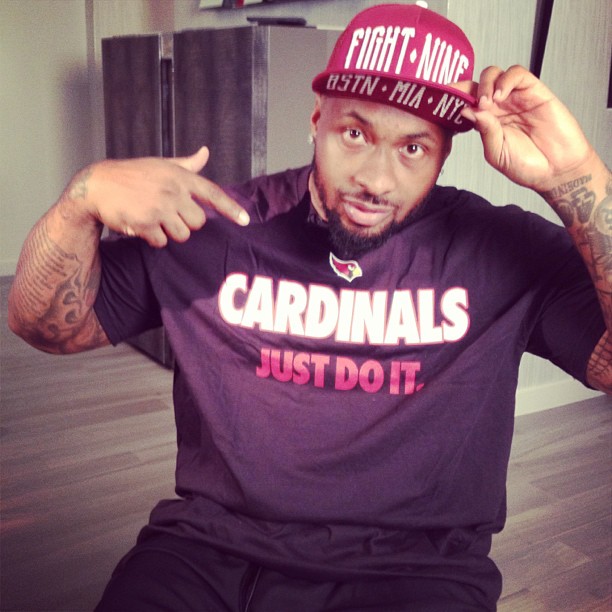 Apparently, Darnell Dockett is opening a zoo. Or starting a circus. Or launching his own show in Vegas. Because recently, the Cardinals defensive lineman purchased a tiger named Little Buddy. And he already has big plans for it.

“I’m trying to bring him to training camp,” he told Fox Sports 910 Phoenix yesterday. “I don’t know if they’ll let me but we’re going to see.”

He’s not stopping at just buying a tiger, either. Oh no. In addition to purchasing Little Buddy, he also recently made a $30,000 offer on a monkey. To Dockett’s dismay, the monkey’s owner didn’t accept his offer—”I offered him a price that the only other person who would offer him that much is probably Michael Jackson, rest in peace, but he wouldn’t even entertain my offer,” he said—but he’s still infatuated with the idea.

“Could you picture that on game day?” he said. “I’m coming to the game, I have my monkey with me, he has my jersey on…After the game, the fans see me with the monkey, ticket sales go up, Dockett jersey sales go up. Why? Because they all want to see me with my monkey.”

Hmmm…That’s certainly an interesting take on things. But yo, don’t you know that this is how players go broke, dude? So take the tiger back, forget the monkey, and go buy, like, a goldfish or something. It’s not quite as exciting as the other pets you’re going after—and it won’t help you start a zoo, a circus, or a Vegas show—but it also won’t break the bank. via Complex