After having already presented you the Lunar Force 1 Low “Shanghai” from Nike‘s upcoming “City Pack,” we now take a closer look at the Lunar Force 1 Mid “Paris.” The sneaker comes equipped with a black fused upper with purple accents and a purple lily Paris logo. The sneaker is topped off with an amazing gradient Lunar midsole that boasts a mix of pink, white, teal and purple.

Watch out for Nike’s “City Pack” to drop at top-tier NSW accounts on August 17. via HS 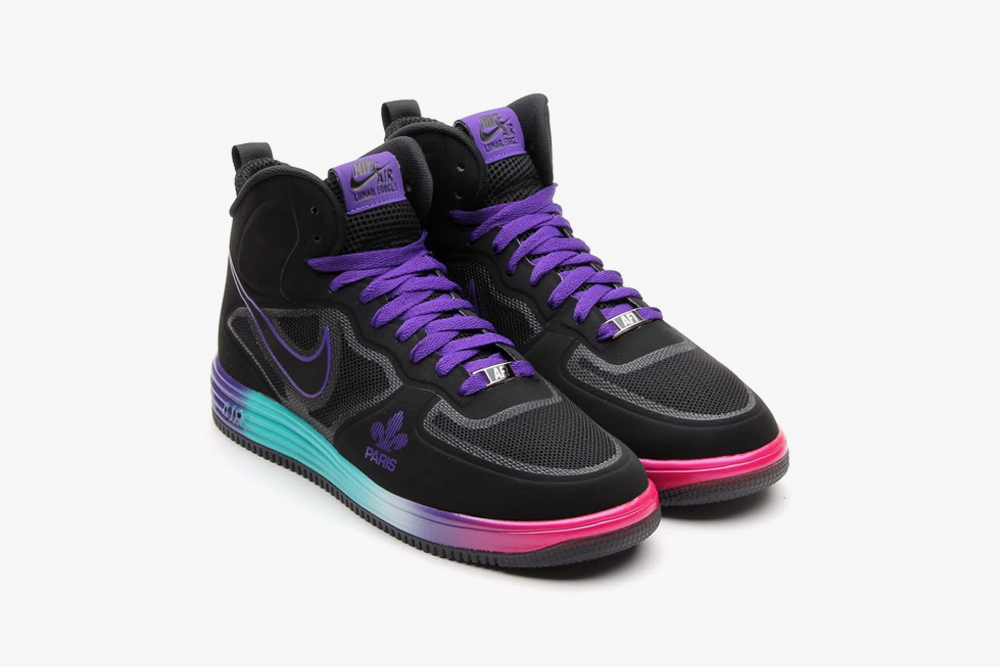