It’s been a big year for Jordan Brand and their ever eclectic series of hybrid sneakers, but one that hasn’t goten a lot of love lately after the emergence of the Jordan Son of Mars has been the Jordan 6 Rings. After the announcement of the Fresh Prince inspired Air Jordan V “Bel-Air”, the 6 Rings appeared in a similar colorway ditching the cool grey upper for a vibrant purple one would be more likely to see on a GS release. The lining translates the fractal elephant print with a confetti like look from the upcoming Air Jordan V release while lime green accents hit the laces. Continue reading for more images and let us know if you’ll be picking up a pair. 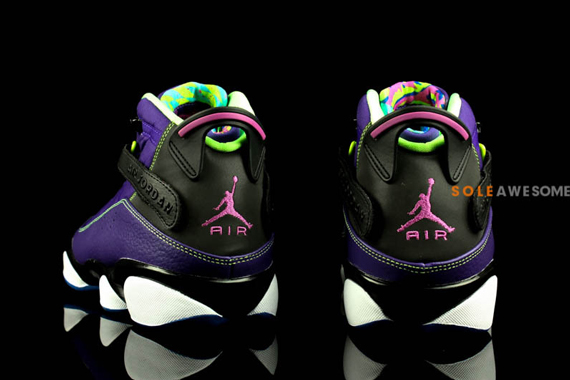 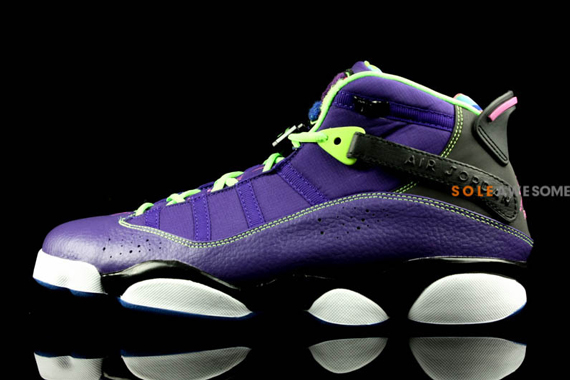 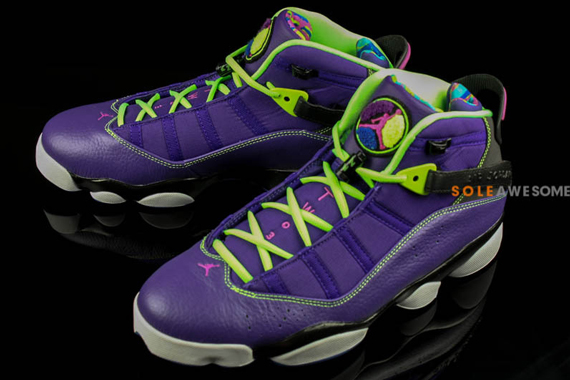