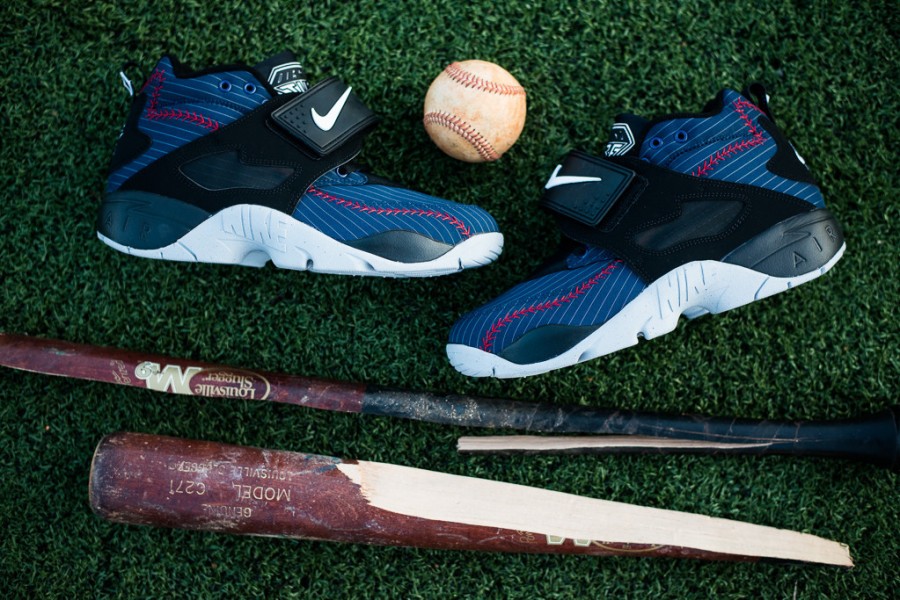 The Nike Air Diamond Turf is a sneaker so named for the cross-sports abilities of the associated athlete, Deion Sanders. Around the corner is are two brand new pairs of sneakers from the resurrected model that will do the same-each mimicking a ball utilized in one of those two sports. Shown here is the baseball half from the set, one that swaps out the traditional stitching in favor of a slightly chunkier treatment. Stay with us through the click for the best photos yet of this upcoming Nike Air Diamond Turf and keep in mind they’ll be releasing on August 31st, 2013 at spots like Sneaker Politics. via SN