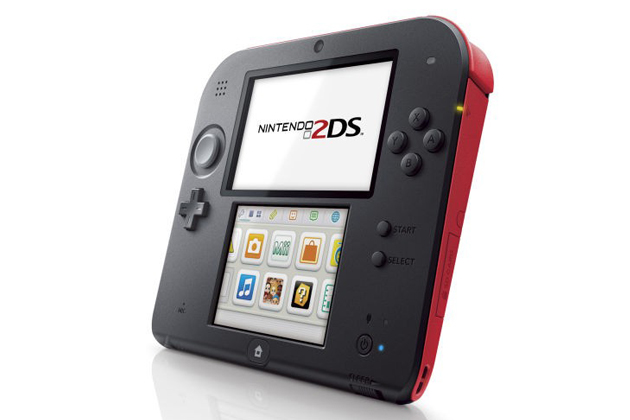 Although most video game-related news has been about the Xbox One and PS4 the past few weeks, that hasn’t stopped Nintendo from throwing their latest effort into the mix in the form of the 2DS. As the name implies, the handheld gaming system doesn’t offer 3D graphics like its aptly-titled predecessor. When the system arrives on October 12, it will retail for $129 and come packed with dual screens, two cameras round the back, a single speaker, a 3.5mm headphone jack and a 4GB SD card.

The 2DS is considered part of the 3DS family, and as such, can play all 3DS and regular Nintendo DS games, while providing access to 3DS apps like the Nintendo eShop. via HS