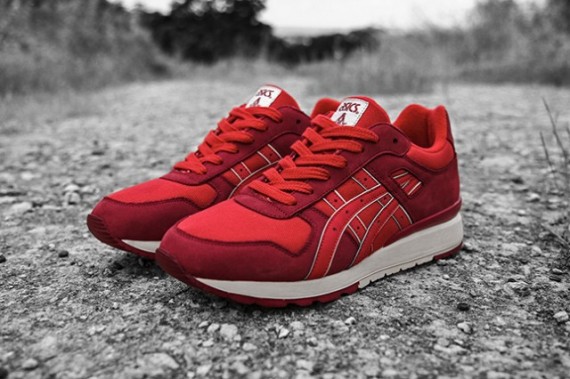 Take a look at the Highs & Low  Asics “Brick & Mortar” pack that will be releasing worldwide on September 21st and September 14th at Highs & Low. This collection has been on stand by for awhile, the images popped up as a teaser almost a year ago and finally they will be hitting retailers this month. For this collab Highs & Low chose two of Asics premier silhouettes the Gel Lyte III and the GT-II. The Gel Lyte III was the Mortar in the pack with a smooth gray suede upper. The sneaker’s gray upper was complimented by hints of blood red and white. The Gel Lyte III’s split tongue was enhanced with a square and compass with an H in the middle for Highs & Low. The GT-II featured a red color-scheme contrasted by accents of white throughout the sneaker. The combination of suede, leather and canvass transform the GT-II upper giving it a premium look. The GT-II was also given a square and compass tag with and H in the middle on the tongue. Take a look at the gallery below and keep it locked here at 8and9.com for more 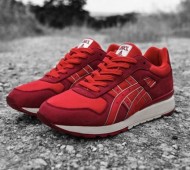 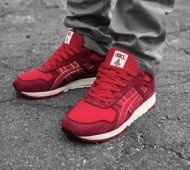 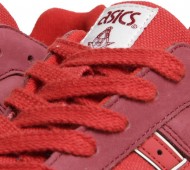 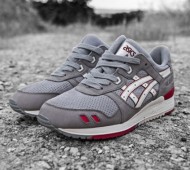 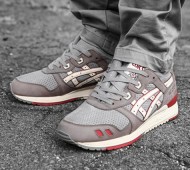 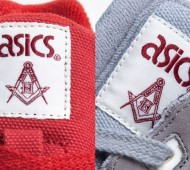