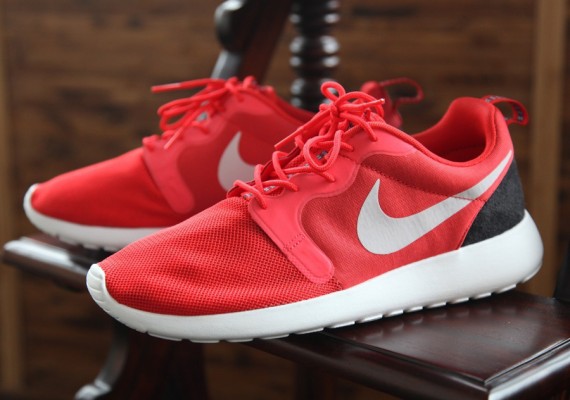 The Nike Roshe Run Hyperfuse debuted last month with four Quickstrike colorways each offering their own take on two-tone color distributions. Here we see a new blocking pattern for a similar kind of look, as this new Light Crimson and black style makes its first appearance today. In addition to the new layout, these show us our first look at a novel ticking pattern along the tongue and heel ribbons. These shifts serve notice that not only is there plenty left to do with the Roshe Run HYP, the Roshe family as a whole has a limitless set of possibilities still to explore. No word yet on a release date for these, but a sample pair is depicted further below and available now from madsolar on eBay. via SN 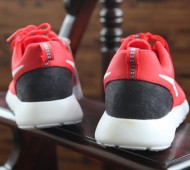 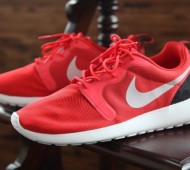