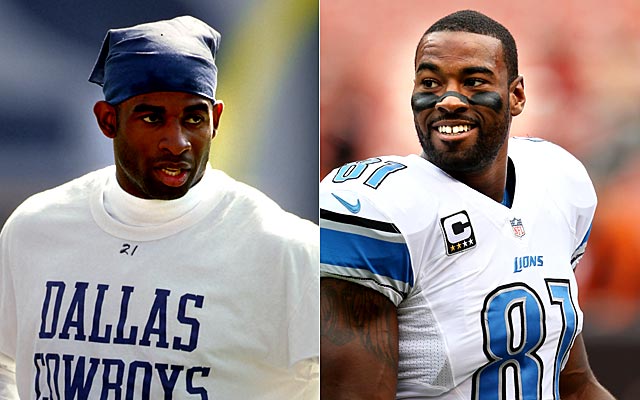 Jerry Jones is nothing if not a showman. So it’s not surprising that the same man who once rapped about pizza, bragged about having the brain of a 40-year-old, and recently called theCowboys‘ loss to the Broncos “a moral victory” said Tuesday that an in-his-prime Primetime Deion Sanders could cover All-World wideout Calvin Johnson.

That would be the very same Calvin Johnson who had 329 receiving yards in the Lions‘ come-from-behind win against the Cowboys Sunday.

“Yes, I do. That’s just it,” Jones said Tuesday during an appearance on KRLD-FM (viaESPNDallas.com). “Deion has such catch-up speed and he had real good center-field ability, and I mean that … in [a] football sense. He could really play the ball, and he had such ability to get into position to play the ball.

In the pantheon of ridiculous words to cross Jones’ lips this ranks pretty low. Sanders dominated his era, even if he wasn’t big on tackling.

Surprisingly, Deion wanted no part of the “can you cover?” conversation.