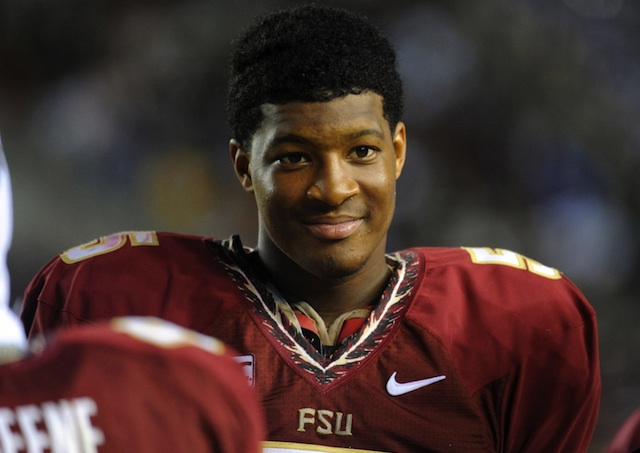 TALLAHASSEE, Fla. — Jameis Winston dispensed with the formality of NC State in less than 15 minutes of action, exploding for 35 points in the first quarter before he and the rest of the offense took seats on the bench for the entirety of the second half last week.

After the game, there was little point in dissecting the carnage. Instead, focus quickly shifted to the next opponent, the arch nemesis from down south, the next installment of a rivalry against Miami in which Winston, Florida State’s most recognizable star, wasn’t entirely well-versed.

“What is it, wide left or something?” Winston said. “Wide right?”

Actually, it’s both. But given his Heisman-caliber start to the season, Winston can be forgiven for being a bit rusty on the details.

He’s an Alabama native, after all, but the Florida State quarterback now understands the nature of this week’s game. Winston has been taught the significance from his teammates, the ones who grew up in south Florida, the ones who’ve heard the phrase “wide right” from taunting neighbors for years.

There’s a lot on the line, and Winston’s fully appreciative of that.

“You come to Florida State to play in the Miami and Florida games and national championships,” Winston said. “We’re playing against the enemy right now.”

The bulk of what Winston knows about the history of the rivalry comes from a documentary he’d watched on Miami, when Florida State was pegged by Hurricanes players as the “little brothers” eager to steal Miami’s spotlight.

There hadn’t been much spotlight to steal during the past decade, though. This is the first time the two teams have faced off with both ranked in the top 10 since 2004 — when Winston was just 10 years old. But with two undefeated seasons and National Championship implications on the line, there’s ample significance for this year’s showdown.

Through seven games this season, Winston’s had plenty of swag. He’s among the nation’s leaders in virtually every passing category, and he’s a front-runner for the Heisman Trophy. In each of his first five ACC games, he’s thrown for at least 292 yards and three touchdowns. In his first matchup against a top-10 opponent, two weeks ago in Clemson, he turned in perhaps the best performance of his young career, throwing for 444 yards and accounting for four touchdowns.

Miami and Florida State have met as AP top-10 teams 12 previous times, but not since 2004. The Canes have won nine of those 12, including the last four.

“When you have a great team, by it being a rivalry, those great players are going to turn into amazing players,” Winston said. “It’s going to be a battle. We are expecting it to be a good game. There is a lot of pride on this game just because of what they have to lose and what we have to lose.”

For the season, Miami ranks 10th nationally in opposing quarterback rating. The Hurricanes have allowed just six passing touchdowns all year, third-fewest in the country. The 6.2 yards per attempt Miami has allowed is the best of any opponent Winston has faced to date.

Of course, Clemson’s defense looked sharp before facing Florida State, too. Maryland was off to an undefeated start, but Winston disposed of the Terrapins’ defense with minimal effort. NC State had held up well against the pass before Winston hung 35 on the Wolfpack in the first quarter a week ago.

There’s plenty of history to this rivalry, but Winston isn’t overly interested in the specifics. He has another chapter of the rivalry to write this week, and he’s eager to add those bitter rivals from the south to his growing list of vanquished adversaries.

“It’s a big rivalry but it’s going to be like we are in the backyard,” Winston said. “It’s like a brotherly game, and we want to beat our brother.” via ESPN

The post Jameis Winston to get taste of FSU Vs Miami Rivalry appeared first on 8&9 Clothing Co..