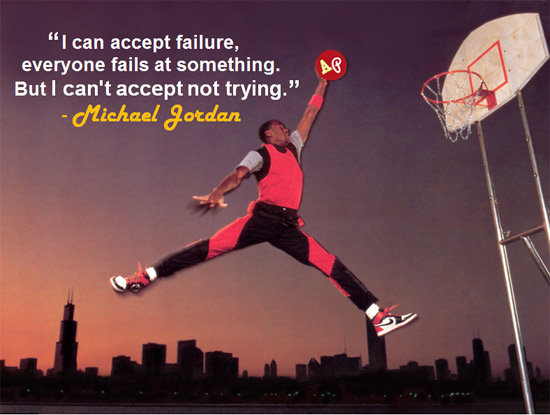 When you hit a roadblock, don’t waste your energy and time panicking. Take a moment to gather yourself and find a solution, it exists.

Teamwork for the win!

What if Michael Jordan didn’t have Scottie Pippen? Jordan is arguably the greatest player of all time but he did not win six championships by himself. Jordan was blessed with a teammate and Hall of Fame player Scottie Pippen (one of the 50 Greatest Players in NBA History).Lets not forget that Dennis Rodman (7x NBA Rebounding Champion) and Toni Kukoc (1996, NBA Sixth Man of the Year) were integral players in the second three-peat. Jordan was also coached by Phil Jackson, possibly greatest coach in NBA history.

Practice your fundamentals to perfect your technique. The best players in the game constantly train with coaches to better their fundamental footwork, defense, and shooting mechanics. Don’t get lost in the details so much that you lose sight of the basics.