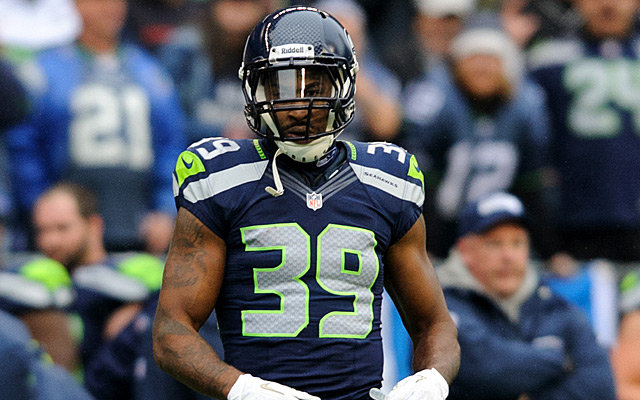 The Seattle Seahawks‘ secondary is set to face another obstacle.

NFL Media columnist Michael Silver reported Monday that Seahawks cornerback Brandon Browner is facing a suspension for violating the league’s substance abuse policy, according to sources with knowledge of the situation. The suspension is for one year, NFL Media’s Albert Breer reported, per union sources. Browner has filed an appeal, per Breer, which has been heard. The Seahawks are ready to move on without Browner, per Silver.

Silver previously reported that Browner was facing a suspension for performance-enhancing drugs, rather than substance abuse. We apologize for the error.
Browner also missed the final four games of last seasonfor violating the league’s performance-enhancing drug policy. He’s currently recovering from a groin injury and was not expected to be available until mid-December, coach Pete Carroll said last week.NFL Media Insider Ian Rapoport reported Sunday thatSeahawks cornerback Walter Thurmond is facing a four-game suspension for violating the league’s substance abuse policy. Thurmond is expected to drop an appeal of his suspension next week in order to return for the playoffs.

Silver reported that the Seahawks are trying to sign veteran Antoine Winfield to help replace Browner and Thurmond. He also reports that free-agent cornerback Perrish Cox is expected to visit Seattle for a tryout Tuesday. Rapoport reports that former Seahawk Marcus Trufant worked out for the teamMonday.

This suspension will end Browner’s Seahawks career, according to Silver’s sources. Browner’s contract expires at the end of the season. Browner’s agent declined comment to Silver, citing the confidentiality of the league’s program.

Silver reports that the topic has already been brought up in a recent team meeting. Center Max Unger and cornerback Richard Sherman addressed their teammates. The message: We’re going to the Super Bowl. If any of you want to do this stuff, go ahead. You won’t be coming with us. via NFL