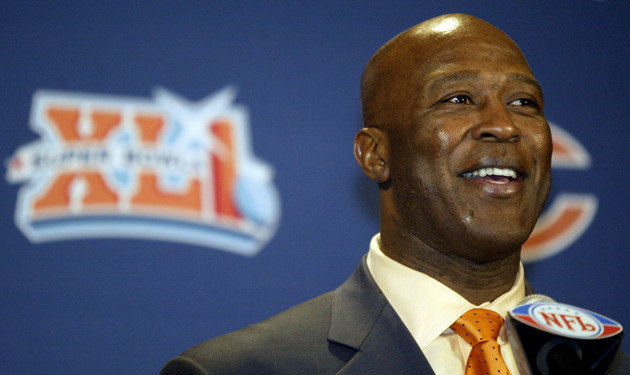 The Tampa Bay Buccaneers wasted no time finding the man to run their team.

Lovie Smith will be the new coach in Tampa, NFL Media Insider Ian Rapoport reported Wednesday, according to a person with knowledge of the negotiations. The sides are finalizing a multiyear deal.

Smith, the former Chicago Bears coach, was the leading candidate from the start of the Bucs’ search. He will return to the team where he was the linebackers coach from 1996 to 2000. Fox’s Jay Glazerfirst reported the contract.
Smith compiled an 81-63 record in nine seasons with the Bears. During his time in the Windy City, Smith championed solid defensive groups. His talents and leadership should mesh well with the defensive personnel currently in Tampa.League executives informed of the Bucs’ process told Rapoport earlier this week that there was talk of bringing together the old Tampa Bay group, including former Bears general manager Jerry Angelo, formerSeahawks general manager Tim Ruskell and others. Two other personnel men formerly with the Bears — Kansas City’s Chris Ballard and Washington’s Morocco Brown — also are names to watch, Rapoport reported.

The biggest critique of Smith in Chicago was his handling of the offensive side of the ball.

To quell those concerns, sources close to Smith have told Rapoport that former Cal head coach Jeff Tedford will be brought in as offensive coordinator.

With the hiring of Smith, the Bucs will be a trendy pick to go from cellar dweller to playoff contender — similar to the path the Kansas City Chiefs took this year after bringing on Andy Reid.

Smith previously interviewed with the Houston Texans, who will name Bill O’Brien as their head coach. The Detroit Lions also had strong interest in interviewing Smith for their opening.

The Bucs made sure Smith never made it to that interview. via NFL