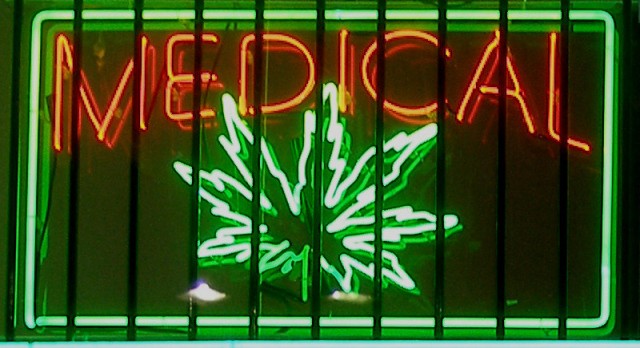 Medical marijuana research gained some serious momentum over the course of 2013, with a number of important studies published that signify the importance of cannabis as life saving medicine.

To commemorate some of the most important scientific advances made this year in the realm of cannabis research, the people at Leaf Science recently compiled a list of the Biggest Medical Marijuana Breakthroughs of 2013. Here are seven of the most noteworthy:

FDA Approves First Clinical Trials Using Marijuana for Epilepsy: Even though medical experts have been providing evidence for the past four decades that suggests marijuana can offer relief for epilepsy patients, it was not until 2013 that the Federal Drug Administration approved the first clinical trials.

Perhaps due to a bit of strong-arming by the media in regards to epilepsy cases in children, GW Pharmaceuticals received approval from the FDA to conduct the first clinical trails using the company’s cannabis-based medication — Epidiolex — which uses a high concentrate of the non-psychoactive ingredient found in marijuana called cannabidiol.

There is speculation that the research surrounding marijuana as treatment for epilepsy could pave the way for legalization on a federal level.

Research Shows Marijuana Kills Leukemia: For decades, science has also been privy to the positive effects marijuana provides for cancer patients. However, in 2013, researchers from the University of London discovered that the non-stoner ingredients found in marijuana, specifically cannabidiol, cannabigerol and cannabigevarin, could be used as powerful agents in combating this life-threatening disease.

First Clinical Trails Using Marijuana for Brain Cancer: Perhaps one of the most highly recognized medical marijuana breakthroughs covered in the media: GW Pharmaceuticals began the first ever clinical trials of its cannabis-based medicine — Sativex — for the use in combating brain cancer.

The human trials for GW’s cannabis spray consist of 20 patients suffering from persistent glioblastoma — the most common and deadliest form of brain tumor found in humans. The hope is that the combination of marijuana compounds THC and CBD when used as reinforcement to traditional chemotherapy can help fight cancer with a higher level of intensity.

Research Shows Marijuana Helps Smokers Quit: Earlier this year, researchers from the University College London found that cannibidiol, the non-psychoactive compound in marijuana, could actually help tobacco smokers put down the habit.
The placebo-controlled study, which consisted of study participants taking a hit of vaporized CBD whenever they felt the need for a cigarette, discovered a 40% drop in cigarette use, compared to participants in the placebo group.

Research Finds Clinical Evidence That Marijuana Helps Crohn’s Disease: Israeli researchers recently conducted human trails to investigate the effects of marijuana on Crohn’s disease. Interestingly, the study found that daily use of marijuana had a positive impact on patients suffering from the disease – 5 of the 11 study participants reportedly went into full remission.

Researchers also documented a decrease in pain by those suffering from the disease, which helped patients achieve better sleep.

Harvard Study Finds Smoking Marijuana May Make You Thinner, Less Prone to Diabetes: Harvard University conducted an observational study of nearly 4,600 adults that found marijuana use could be linked to slimmer bodies.

While other studies have shown that marijuana users have a higher caloric intake than non-users, Harvard researchers discovered that stoners are more insulin resistant and have higher levels of good cholesterol — lowering their risk for diabetes.

Researchers believe that while marijuana use has been linked to unhealthy eating habits, it may also have a positive impact on human metabolism. via HT