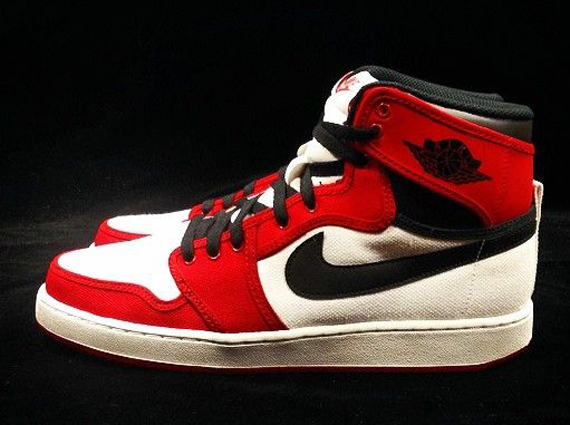 After getting our first look at the Air Jordan 1 AJKO “Rivalry Pack” we have gotten word that these “Chicago” Air Jordan AJKO’s will be dropping next month on the 15th. These feature Nike tongue tags which have not been seen in years on a Air Jordan 1. Unlike the Air Jordan 1’s we have seen lately these will be releasing for $140 retailer. In the sneaker world AJKO’s were held to higher status than most sneakers, that being said these will be highly sought after and scarce once they drop. Keep your eyes peeled for them to drop this upcoming March 15th, and keep it locked here at 8and9.com for more updates.