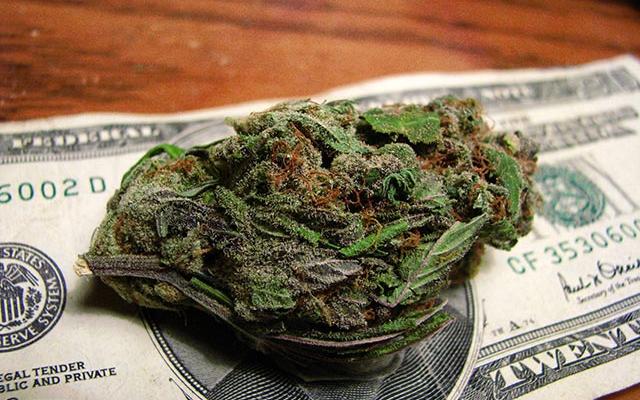 It seems that even stiff-collar Republicans know where to score weed. Don Gaetz, the Republican President of the Florida Senate admits that while he is not a broad supporter of legalized medical marijuana, he did at one time seek out a street dealer to buy marijuana for a friend dying of cancer.

The Senate President recently told reporters at the Orlando Sentinel that in 1984 he received a call from his friend E. Ronal Mudd, a local minister who was being tortured by furious bouts of nausea as a byproduct of cancer. Mudd told Gaetz that he had read an article about how marijuana is effective at calming the symptoms of cancer and wanted to know if Gaetz could find him some… so he did.

“The quality of his life was undermined by this intense nausea,” said Gaetz. “Ron Mudd said to me, ‘I understand that marijuana might help; can you get me some?’ And I did, and it helped.”

He says that his role as an illegal drug runner to help a sick friend is part of why he continues to support legislation for the limited use of medical marijuana.

“Here was a man who was dear to me, who was suffering and asked me to help him. If I would do that and break the law, what would I do for my own child? How could I deny compassionate care to someone else’s child?”

Incidentally, Gaetz’s son, Matt Gaetz, is currently sponsoring legislation to legalize a high CBD strain of marijuana called “Charlotte’s Web.” This strain is invaluable to the treatment of children suffering from seizures, as it has been genetically engineered to be free of psychoactive compounds. In other words, it cannot get them high.

In true Republican fashion, the elder Gaetz says that even though he has seen, first hand, the miracles of marijuana as medicine, he refuses to lend his support to the proposed constitutional amendment aimed at developing a widespread medical marijuana program in Florida.

It is painfully obvious that Gaetz supports compassionate care with a double standard… prepared to break the law for his sick and dying friends, but snubs the idea of passing laws that would keep regular citizens from having to take the same risks.via HT