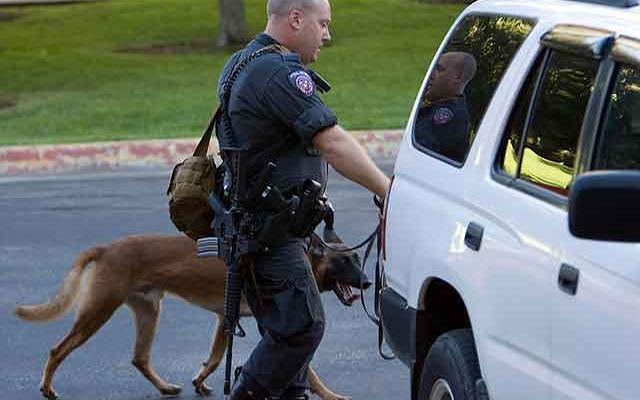 Throughout the years, law enforcement agencies have pushed the limits when it comes to detaining motorists they believe to be in possession of illegal drugs. Police have gone as far as to conduct and complete routine traffic stops, only to make the last minute decision to further detain the driver while waiting for a K-9 unit to show up with a drug-sniffing dog.
However, these questionable tactics may be at the end of their rope, as the United States Supreme Court announced earlier this week that it will hear a case that could change how roadside detentions are carried out.
The nation’s highest court will hear testimony in a case involving a Nebraska man, who was pulled over in 2012 for a minor traffic violation and subsequently ticketed for the offense. However, it took 21 minutes for the officer to deliver 30-year-old Dennys Rodriguez a citation, and then held him for at least another six minutes waiting for additional officers to arrive with a drug dog.
Incidentally, when the officer escorted the dog to Rodriguez’ vehicle, it alerted them, which gave officers probable cause to conduct a search. Inside the car, they found methamphetamine.
Although Rodriguez pleaded guilty to the charges, his attorney eventually filed an appeal, which stated that since his client was detained after the officer issued the traffic citation, the search violated of his Fourth Amendment rights. It is now in the hands of the U.S. Supreme Court, which will begin hearing arguments early next year.
David Stickman, a federal public defender for Nebraska, says this case is of great importance considering whatever the high court decides will essentially set the standard for how long law enforcement agencies are permitted to detain motorists during routine traffic stops.
The high court’s decision is not expected to be announced before June 2015. via HT