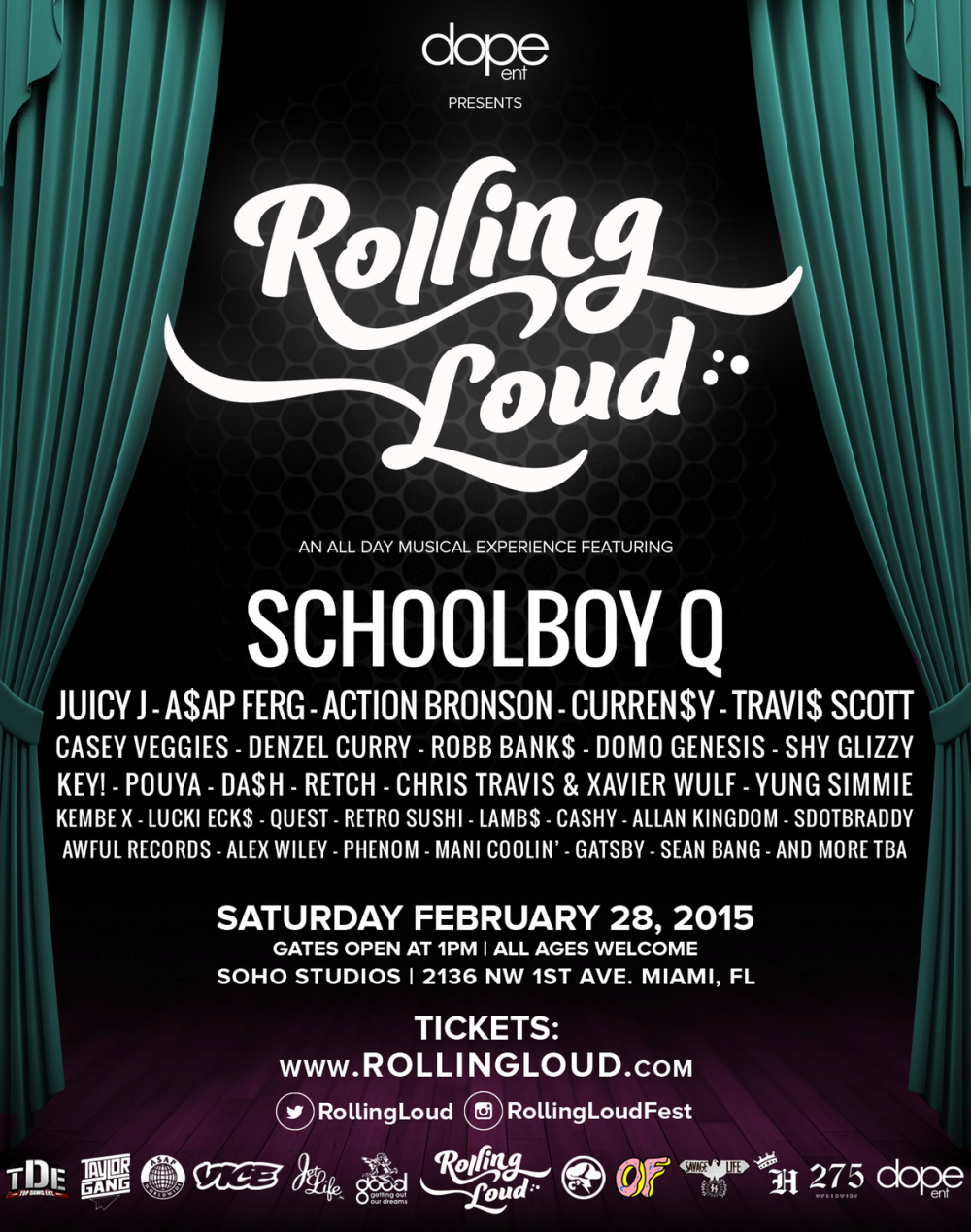 Miami, FL. – January 19 2015 – The first annual Rolling Loud Music Festival is set to debut next month in the Wynwood Art District of Miami. The show is produced by Dope Entertainment, Florida’s most trusted hip-hop concert organization. With a blockbuster lineup featuring today’s hottest artists and hit-makers, this event is guaranteed to attract thousands of fans.

Rolling Loud will take place on Saturday February 28th at Soho Studios, located at 2136 NW 1st Avenue. Over 8,000 attendees are expected, and Rolling Loud is bound to ignite the community with an influx of music lovers and exciting performances. The festival strives to compliment Wynwood’s dedication to the art of music while delivering an amazing experience that cannot be matched. Rolling Loud will not only attract fans and college students from the South Florida area, but also from the entire State of Florida and beyond.

“South Florida hosts some of the best music festivals in the world, and South Florida is home to some of the hottest rappers in the game, but this city is still missing a quality hip-hop festival. Rolling Loud is here – bringing you your favorite artists, and introducing you to those you need to be on the look out for,” says Dope Entertainment and Rolling Loud co-founder Matt Zingler.

Amongst the lineup are some of the industry’s most sought after artists, as well as several rising stars. Festival-goers can expect a jam-packed Saturday, with live performances from ScHoolBoy Q, Juicy J, A$AP Ferg, Action Bronson, Curren$y, Travi$ Scott, Denzel Curry, Domo Genesis, Casey Veggies, and many more to be announced.

“With such a star studded lineup, you never know who else will show up. And with the majority of the lineup being collaborators, you never know who will share the stage to perform songs together. This is a once in a lifetime experience that any modern hip-hop fan in or near Miami needs to experience,” explains Tariq Cherif, co-founder of Dope Entertainment and Rolling Loud.

Tickets are on sale now at http://www.rollingloud.com/ and are selling fast!