8.13.08 – Eight & Nine Designs featured on http://www.sneakermestupid.com/ click either picture for the full article. Check it out. Leave a comment. We appreciate you! Sneakermestupid.com is a traveling sneaker showcase, street wear and sneaker news blog that covers all the most current releases and forecasts trends. It is hard to find a better source for sneaker and street wear culture news. We are grateful for the feature and its a good one. Check it out.

WHAT IS THE SIGNIFICANCE OF THE 8&9?
8&9: Basically represents strength in numbers. Eight and nine are the last two single digits in the number system. In any culture these numbers are constant… never changing as they appeal to everyone whether they surf, skate, or are involved with the street/urban culture. Numbers are a universal language!WHAT WAS THE BIGGEST INFLUENCE OF THE IDEOLOGY OF 8&9?
8&9: Having lived in Boston, New York, and Miami there would have to be a mix of seeing and being involved with different aspects of life. The style we want to provide is eclectic and we were into skateboard culture before the X-games or street culture before it became commercial. We remain true to what we believe and stand for.
WHERE DOES THE DIFFERENTIATION COME FROM?
8&9: All the designs that we create through 8&9 have a deeper depth than the average person can pick up. We almost fill like we represent the 5% philosophy…being that 85% are drones, 10% rule the drones, and our 5% overstand as they understand our concepts. 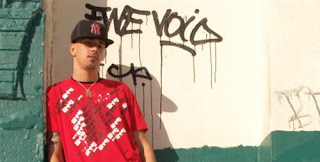 8&9 redefines thought, style, and motivation. 8&9 says that “Before the street wear market ever existed 8&9 was merging music, art, and fashion with a fushion of skate & hip-hop swagger.”

For more info please read the rest of the article at www.sneakermestupid.com