In his book Jay-Z recounts the time, in 1994, when he was driving down I-95. He had a stash of crack in a fake compartment in the sunroof of his Maxima when he got pulled over by cops for “no good reason.” The police knew they couldn’t search his car without probable cause, so they called the K-9 unit — the dogs would be able to sniff out the drugs. But the unit didn’t show up, and the cops had to let him go. A minute later, he saw the K-9 unit speeding down the highway in the other direction, but too late — he was already home free. It’s a moment he would later recount in his 2004 hit song, “99 Problems” with the lyric: “I got 99 problems but a b*tch ain’t one.” At the time, Jay-Z was slammed for the misogynistic use of the word “b*tch” — but, as he reveals in his book, he was actually referring to a female dog, or the dogs that never caught up to him that day. “It would have changed my life if that dog had been a few seconds faster,” he writes. 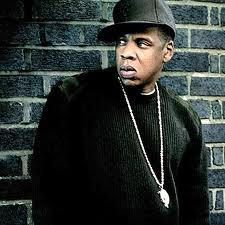 Every story has a moral. This one is for all the kids taking chances on a short payoff.  Life is not promised and neither is success. That thing, “success” is a carefully constructed cake, all ingredients must come together in a perfect mixture at the right temperature for the proper amount of time. Point being, talent isn’t enough, hard work isn’t either, sometimes timing and luck will propel you to the next level and one wrong step can forever derail your agenda.  Be careful, be smart, work hard and choose the right path.