New music!!  The artist formerly known as Rolls Royce now Ryan K teams up with Miami Rap Artist Yung Trap to bring you this Mixtape with new original music they collaborated on this year. Both artist are set to release their new projects Ryan K will be releasing his debut R&B album “My Future’s Past” December 2010 and Yung Trap will be releasing “All In” The Ep Hosted by Dj Khaled!! “The Break Through” mixtape is Mixed and Hosted by Dj MisterHustla Poe Boy’s very own international DJ and is proudly brought to you by 8and9.com “The Break Through” includes an array of music from “Famous” which debuted on 99jamz and other fresh remixes to Black n Yellow and BMF which are tributes and anthems dedicated to the Miami HEAT!  Download yours today!! 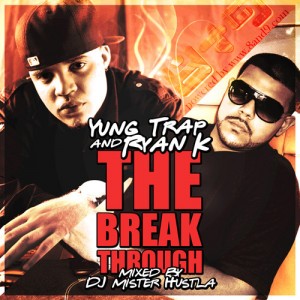