2011 is the year of many Grails. Its seems to progress that way each year, soon there just won’t be anything left to keep you feigning more.   Courtesy of nicekicks.com “we received a preview of what’s to come in 2011. Take a look at the Confirmed Air Jordan Retro Releases for 2011 which include the “True Blue” Air Jordan 3, the “Bordeaux” Air Jordan 7, the “Cardinal” Air Jordan 7 among others.” 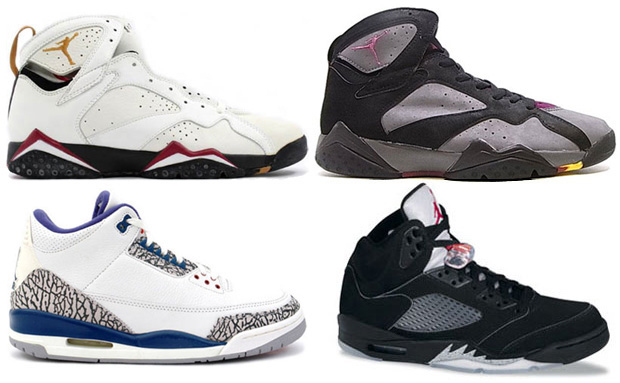