“Ray Allen finally did it. On a night when the Celtics were facing the Lakers on TNT, Allen hit his second three of the night and 2,561st of his career, breaking the all-time record held by Reggie Miller (who was in attendance as a TNT announcer).” via bostonsports.com 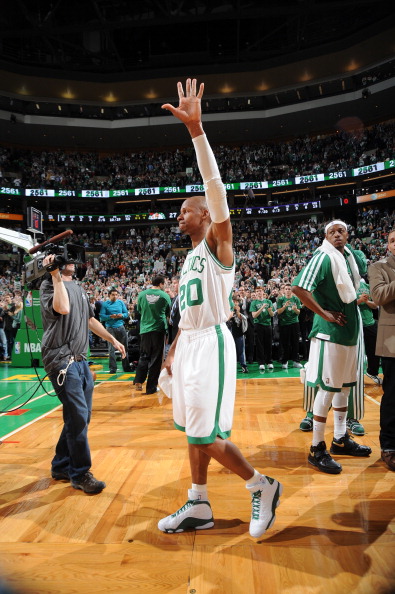 Ray Allen always has the exclusive J’s check out his Jordan 13 PE worn while breaking the all time 3 point record held by Reggie Miller who definitely looked a bit salty. S/O Mamma Allen and congratulations!