Now this is definitely one of the most anticipated sneaker release dates of 2011.  Official release date for the 2011 Jordan Bordeaux 7 is set for April 16, 2011. The original Nike Air Jordan 7 VII released February 1992.  Of course your favorite streetwear clothing company will have one or two shirts to match the Bordeaux 7’s and we’ll have them plenty early. Stay tuned for that. 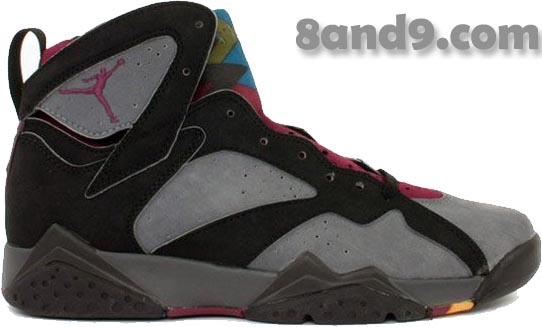 Follow @8and9 for the latest streetwear news and Jordan release dates