Check this out via solesirius.com dope interview that gives a lot of insight into the past and future of 8&9 Clothing. 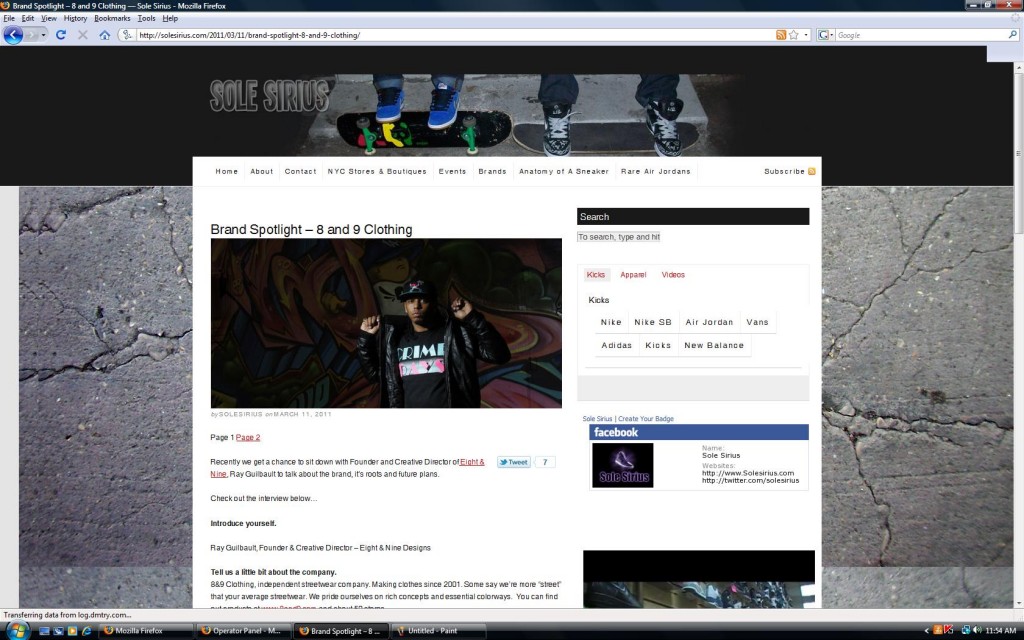 Read the interview below…

Tell us a little bit about the company.
8&9 Clothing, independent streetwear company. Making clothes since 2001. Some say we’re more “street” that your average streetwear. We pride ourselves on rich concepts and essential colorways.  You can find out products at www.8and9.com and about 50 stores.


What inspired you to start a clothing line, and when did you decide that designing clothes was something you wanted to do?

The line basically just happened. Had a moment when I just knew, and called my right hand Ray Figgs. The conversation was pretty short, “we’re starting a clothing company and it’s going to work.” At the time there was no streetwear market only big corporate names were getting plug in shops. Urban was dominating, we knew we wanted to be a force merging street cultures, urban and skate into this thing called streetwear.

How’d you come up with the name “8&9″?
Starting out we knew we were building a brand to last and were inspired by so many different things. We really wanted something universal, still thought provoking and catchy. Numbers are the worlds most universal language and the numbers 8&9 have significance on their own. Symbolizing infinite strength, unity and change Eight & Nine Designs was born from that.

What makes your brand unique?
It’s really our philosophies, we put a lot of ourselves into our pieces, they pretty much reflect who we are fundamentally and what we stand for. Most often there are many more levels to our tees than just the visual graphic.