I’ve never had the pleasure of meeting or chopping it up with Jonas of LRG but we share mutual friends and he’s highly revered.  Jonas was a role model, the brand he built worthy of every dollar it earned. At a time when every successful company was splattered with some hip hopper’s name or signature on the chest, Lifted Research Group emerged as the coolest mass marketed clothing line.  Their accomplishment’s and the path chosen have always been a part of our 8&9 journey. I’ve found solace and gained confidence in the success of LRG and the way it’s founders walked the line of boutiques and Macy’s.  I’m forever grateful of the example Jonas set in business and fashion. 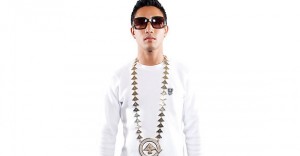 While there are no official details released about the clothing designer’s cause of death, Bevacqua reportedly died in his sleep according to insider accounts. As the news swept throughout cyberspace, most especially the social network Twitter, friends and fans of the LRG brand were stunned and saddened by the news.

Bevacqua’s close friend Ben Baller, a Los Angeles-based celebrity jeweler, tweeted earlier today regarding the death of Bevacqua. “[W]oke up at 8am to the worst news I’ve heard in my lifetime….my best man,” said a grieving Ben Baller. Producer 9th Wonder also tweeted shortly after hearing about the death of the designer. “I just learned about the passing of a revolutionary mind….R.I.P. #Jonas Bevacqua-Founder of Lifted Research Group (LRG)…rest easy bro,” said the North Carolina native. FULL ARTICLE HERE mtv.com

Jonas, our prayers are with your family and close friends.  You’re already missed.

Peace to you and yours.

With the utmost respect.