“It has been almost 12 years since the 1999 White/Cement Air Jordan IV release. An undisputed favorite, the shoe has been featured throughout pop culture. In the famous 1989 film Spike Lee’s Do the Right Thing, the shoe was even shown being cleaned with a toothbrush to remove dirt marks. Despite retros of other colorways in recent years, such as the Black/Cement in the 2008 Air Jordan Countdown Package 4/19, the classic White/Cement colorway has yet to be re-released. 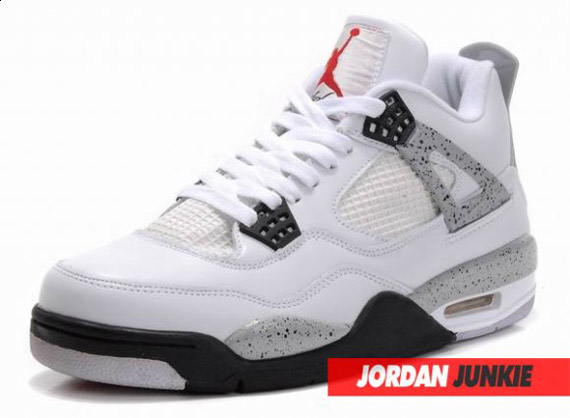 Rumors have been circulating about a possible January 2012 release, and finally pics have surfaced of next year’s retro version. Once again, the Nike Air logo on the rear heel tab has been replaced with the Jumpman logo seen in all recent releases. Aside from that, the shoe remains unchanged.”